Have you ever bitten into a pie or cake made by someone with an excessive sweet tooth? I mean, one that was so sweet it made you wince? Well, photographers love light as much as bakers love sugar, and we can be just as guilty of overdoing things.

Sometimes, what we eliminate is more important than what we illuminate, and in this next article in our Window Light For Food Photography series, we’re going to demonstrate the fine art of removing light, also known as Chiaroscuro…

I’m sure I’m not the only person who has set up two or three studio lights, pressed the shutter button and… oops… something went wrong!  Only one of the lights actually fired. But after reviewing images, the result of the misfire was much better than what was originally planned. And there’s a lesson to be learned there: sometimes you gotta take the crayons away from the kids.

Intentionally eliminating light has been used in the arts for a thousand years or so. The technique of adding shadow and contrast for composition was formally defined as Chiaroscuro (translated to “light/dark”) by Italian Renaissance artists like Leonardo DiVinci in the 15th century. Today, we carry this practice over to photography, and refer to it by another name: Subtractive lighting.

With studio or continuous lights, achieving subtractive lighting is as simple as turning off a light. But working with natural light and window light works in reverse; we find ourselves building up scenes and sets with light-blocking objects to control where the light does and does not fall. There are two tools/approaches we use to accomplish this: flagging and gobos.

A flag is usually a black fabric or material, small enough to be attached to a stand or hand held. But a flag can be anything really: poster board, paper, even an old black tee shirt. Anything that absorbs light will do the trick. Fabrics absorb light better than paper, and even black paper does have some reflective qualities to it. The best light-absorbing material that is easily available is without a doubt, black velvet. Velvet gobbles up light. 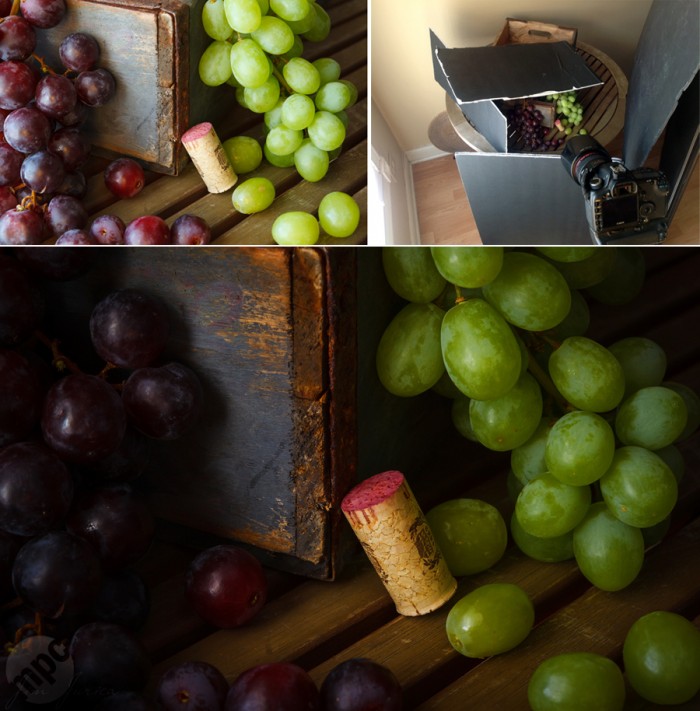 The image series above is an example of a completely subtractive approach to lighting. The only source of light was a window, about three feet away. This began as an attempt to photograph a glass of wine and the bottle it came from. But in the spirit of Chiaroscuro, I decided to subtract the bottle and glass, letting the cork and grapes suggest the theme.

In the upper left image, you can see what this scene looked like with only direct, unmodified window light. From there, we began subtracting and subtracting and subtracting. First, by closing the blinds on the window half-way to create a smaller, lower angle light source. Then we added pieces of black foam core around the scene, to produce deeper shadows. Some light was allowed to spill directly on the cork, to make it the center of attention.

In the upper right image, you can see how this was accomplished, embarrassingly crude as the set up may appear. But I believe the results (bottom image) speak for themselves, with a Gothic feel reminiscent of Renaissance era oil paintings.

The word Gobo means “Go Between,” suggesting anything placed between the light source and subject. However, this is not the same as using a flag.  Anything that blocks direct light can be called a gobo or flag (even a building or tree that provides shade on a sunny day). But Gobos can also have patterns cut into them, or obvious shapes to produce interesting effects between light and shadow. You will also hear the term cookies used to describe gobos with shapes and patterns cut into them. 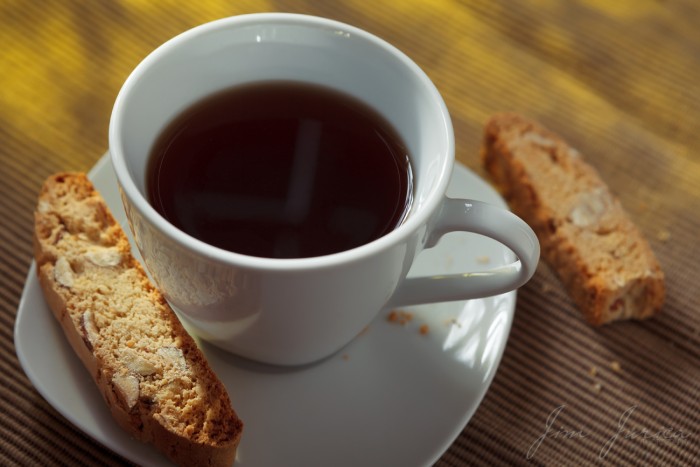 Commercially made gobos can be purchased, or you can make your own with a piece of  poster board and a hobby knife. Many a photographer has grabbed random, found objects and used them as a gobo, to great effect: a discarded window with panes, partly-opened vertical blinds, metal grills and grates, bamboo mats with slits, even drinking glasses.

In the image above, we were aiming for a look something like early morning light filtering through trees. And the result was produced by removing the decorative face plate off a floor heat register (right) to create dappled light and shadow. We then taped a yellow gel onto the plate and let the sun shine through.The rest is just ambient window light bouncing around the room, and a reflector for fill.

It should be noted that working with gobos can require a little trial-and-error. Varying the distance of the light source produces harder or softer shadows. And a highly-diffused light will probably produce no gobo shadows at all. Changing the angle of the gobo produces different results as well.

Chiaroscuro is a great way to add character and dimension to your photography. We highly encourage you to experiment with flags and gobos on your own, to see what interesting effects you can dream up. The only limitation is your imagination. 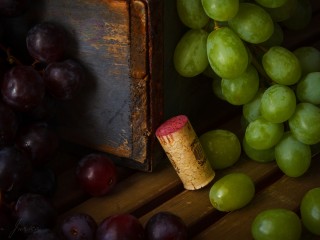