Someone once asked me, “what’s a quick, uncomplicated way to sharpen photos in Photoshop?” I told him to use Unsharp Mask. His response was more or less along the lines of, “no I said sharpen, not unsharpen.” Despite its misnomer, Unsharp Mask (USM) is relatively easy and quick to use once you know what the controls mean.

A few different sharpening options exist in Photoshop’s Filter -> Sharpen menu. “Sharpen”, “Sharpen Edges”, and “Sharpen More” are rookie options. When you click on one of those sharpening commands, the results are automatic and you have no control over the amount of sharpening. “Smart Sharpen” gives a little more control over USM but you should really have a solid understanding of how USM works before moving on to Smart Sharpen. Then once you understand Smart Sharpen, you can move on to the graduate-level high-pass filters and other advanced sharpening methods. 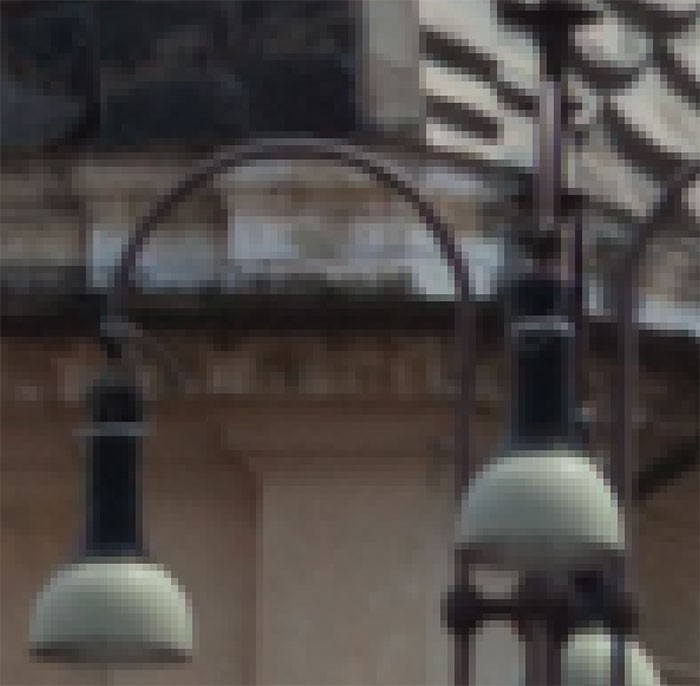 A film image would show straight, smooth lines. This doesn’t happen with digital.

When we zoom in, we can see the individual pixels do not form a smooth line but are instead blocky and intermediate blocks are interpolated. Digital sharpening works by increasing the contrast on these lines and edges so that our eyes perceive a faux-sharpness. These lines would be smooth and sharp if you zoomed in this much with a film image.

USM works by finding the edges of an image, blurring them (unsharpen), and then creating a mask (similar to what you do with Photoshop layers) for the contrast added along those edges. All of this happens behind the scenes and you won’t see the mask layer created.

So let’s look at the USM controls in the order that I use them. Different people will give you different techniques, but this is what works for me. I go from top to bottom then back up top.

But before we do that, some things to consider.

Amount. The amount of contrast added to an edge. Just like a photo editor’s Contrast command, you can add too much contrast to these edges. I start with 200%. The higher the number, the more contrast around the edges. 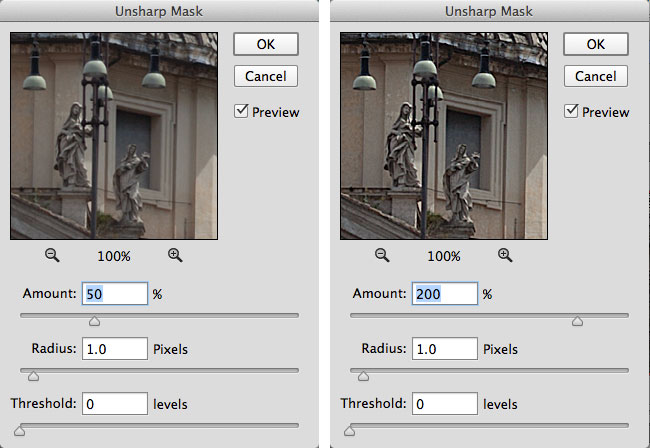 Radius. How far away from the masked edge the sharpening will be applied. Imagine Photoshop finds an edge and creates a mask around it (well, don’t imagine, it does). The Radius command “blurs” the mask created by the specified number of pixels so that the sharpening (contrast) is applied to other pixels as it moves away from the edge. Be cautious of too much – it will add contrast in a way that will make halos appear around the edges. The larger the resolution, the larger this number can be. For web images like this one, I keep it small, around 0.3-0.5. I work with much larger files for print and so I use a larger radius, usually 1-3. You can see in this example for the web that a value of 3 adds too many “halos” around the edges. 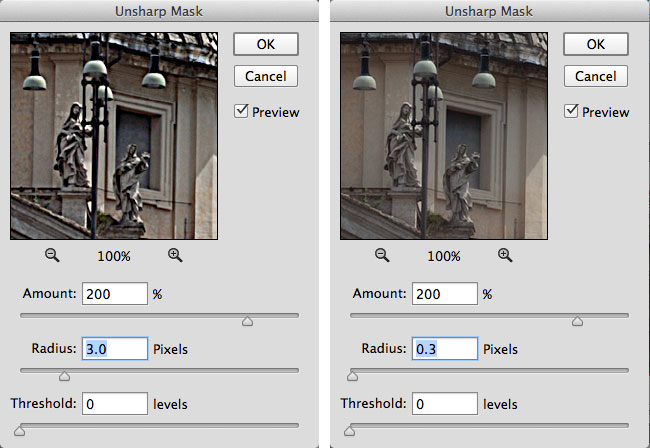 Threshold. This is a tricky one to understand. The number you set in Threshold, from 0-255, tells Photoshop how close in tone the pixels have to be in order to apply sharpening. A threshold of 0 will sharpen every edge, no matter how subtle, while a threshold of 255 won’t sharpen anything. The texture of our wall here is a good example of Threshold at work, since the different shades of this wall are very close in tonal value. A setting of 0 will sharpen every subtle tone of the walls, almost making it appear noisy, while a high setting will make it appear very soft. I usually keep it low, around 3-5. 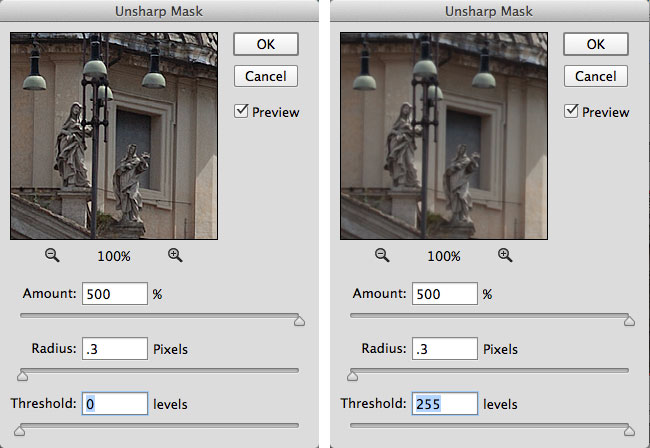 Then I go back up to Amount and increase it to a value that’s pleasing to me. A little fine-tuning of the other sliders is something to consider after this. 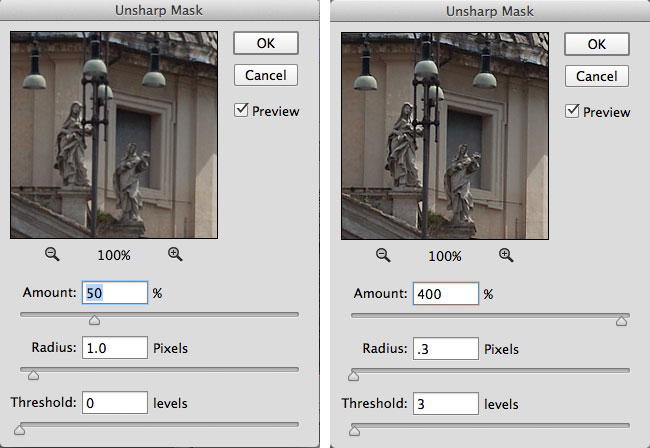 The biggest thing to take away here is that there’s no right way to do it; there’s no specific order of adjustments mandated by the Photoshop gods and there are no magic numbers that will make every image look right every time. You have to experiment with what works for you, for your specific image, and for the style you’re going for.

My style is to not go overboard with the sharpening, but do what works for you! 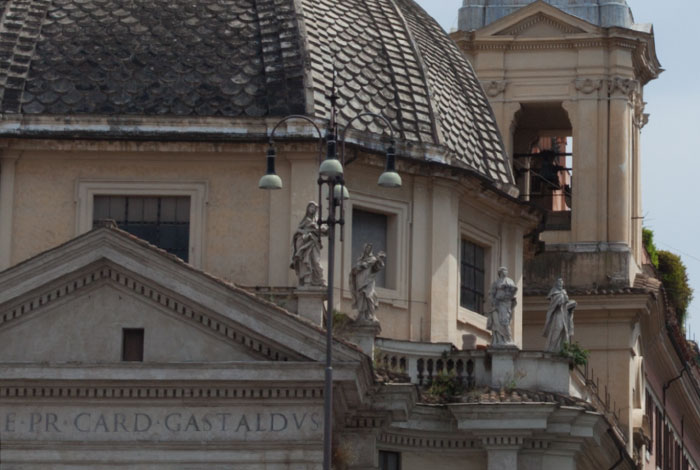 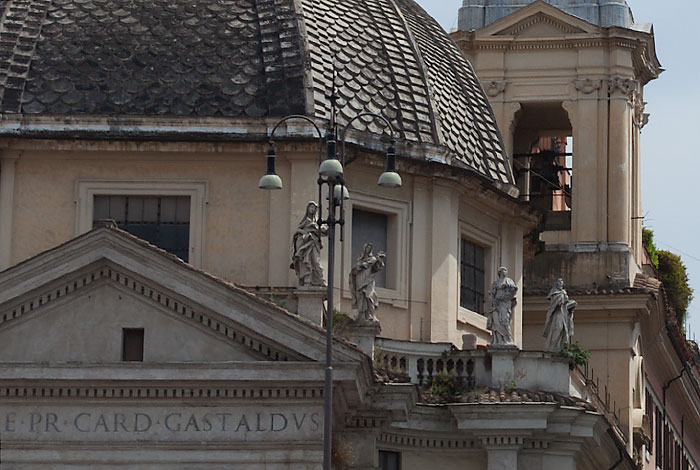 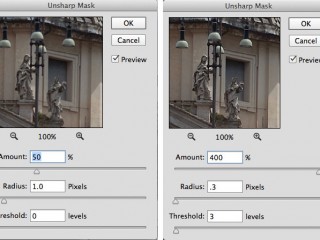