If your landscape photos seem to be turning out less breathtaking than you remembered the scenery to be… don’t blame yourself.  Digital cameras are nowhere near as adaptable as the human eye, and the human brain fondly creates memories of vivid colors that may or may not have been there.  It has been standard practice for over a century to manipulate landscape images to make them appear closer to what we see in our mind’s eye…

This would leave us to believe the best approach to enhancing an image would mean heading straight for the Color and Contrast tools in Photoshop.  But there is a downside to that approach, especially when using the Hue/Saturation tools.  Just look at what happens to this scenic image of El Matador Beach in Malibu: When we pushed the Saturation levels to 100 percent, undesirable colors are exaggerated, highlights blown out, and the general effect is just plain gaudy. 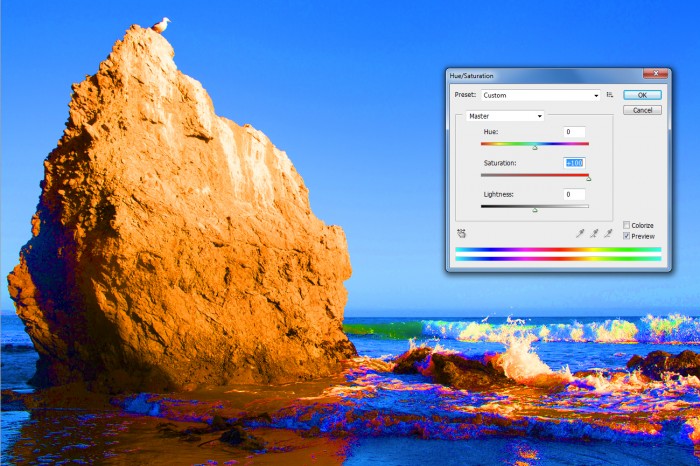 Thankfully, we have the Multiply blending mode available to save the day.  Multiply offers us the ability to both saturate and darken colors in more realistic ways.  There’s some complicated math behind how this blending mode works, but thankfully math abilities are not required to use it.

Let’s use the completely raw image below  as an example.  It’s another epic rock formation in Malibu.  But this image is a little dull and could benefit from enhancement. 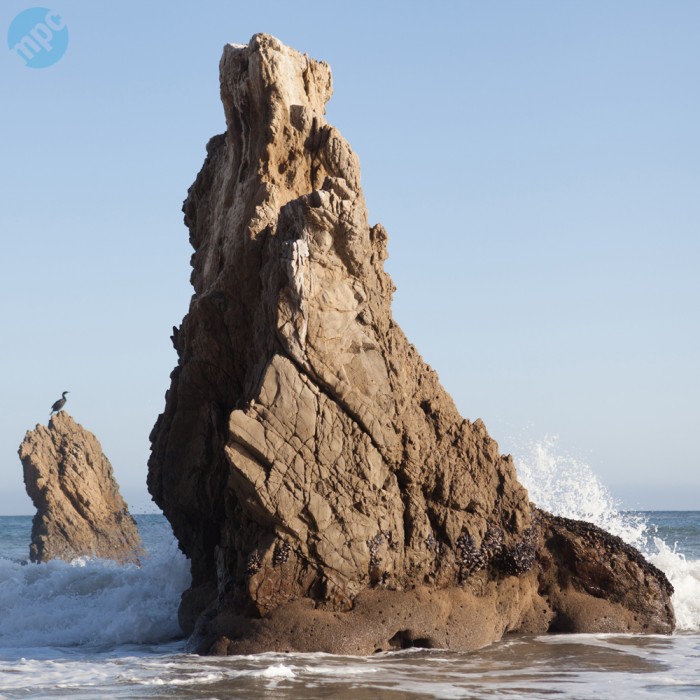 First, we used Layer > Duplicate Layer to create a copy of the original image.  Then we changed the new layer’s blending mode to Multiply.  You can see what a dramatic effect this has had on contrast and color, from just two quick steps. 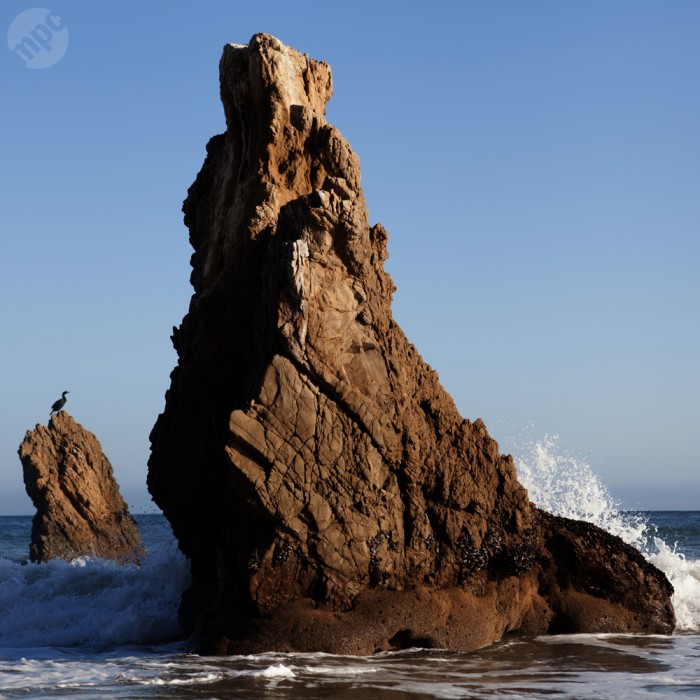 In most cases, the Multiply layer produces an effect that is much too dark.  Rather than lower the Multiply layer’s opacity setting – which would also reduce our new color enhancements – let’s take another approach.

We used Image > Adjustments > Shadows/Highlights to bring back some of the detail in the shadows.  Your values will vary, depending on the image used and desired output.  Concentrating on the Shadows sliders, we maxed out the Amount and Tonal Width values to 100%.  We now have an image that has both increased color saturation as well as better contrast, and plenty of shadow detail.

If the image you are editing is overexposed, a slight increase in the Highlights Amount value will greatly recover lost detail in brighter areas. 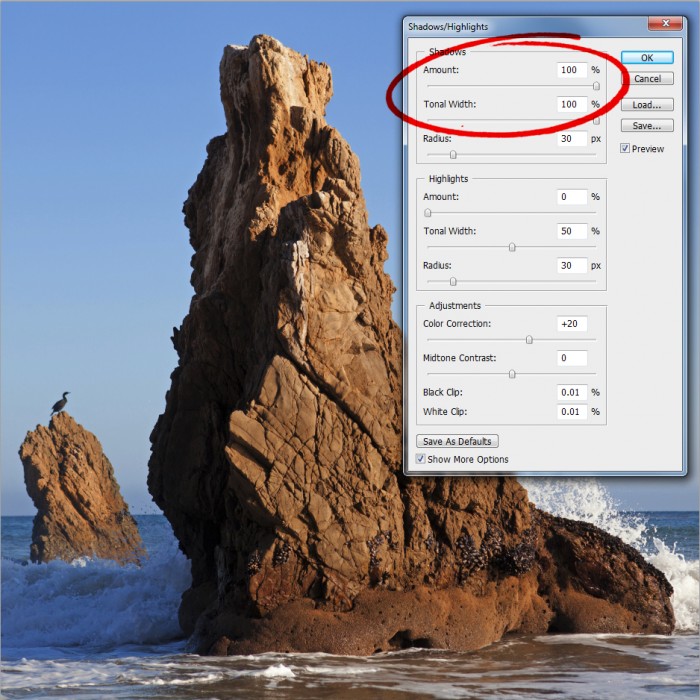 You could walk away from this edit as it is, but we felt greater color saturation would add that “wow factor” we’re looking for.  And so the final step is to boost overall color, as well as selectively enhance colors specific to the rocks (reds and yellows).

By saving the Shadows/Highlights adjustments for last, smaller increases now means less of the gaudy effect we saw at the beginning of this tutorial .  Using Layer > New Adjustment Layer > Hue/Saturation, we increased as follows: 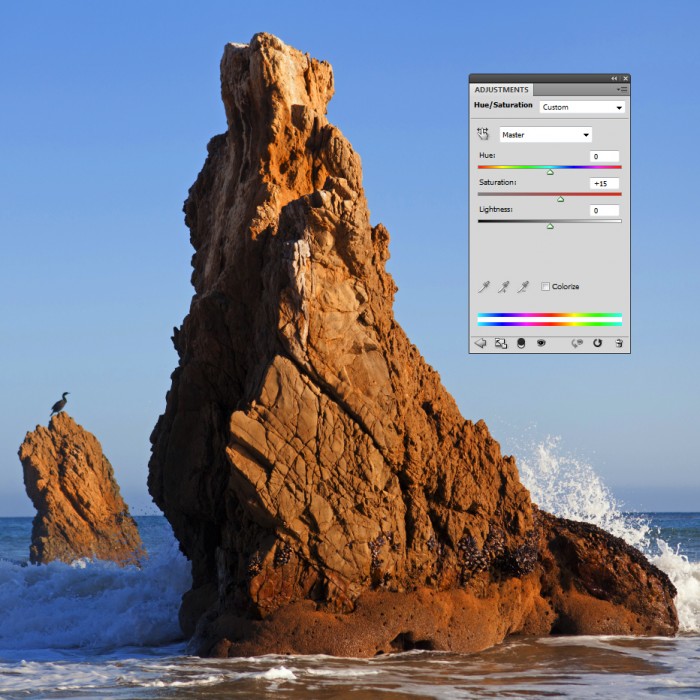 So, there you have it: Greater color and contrast are only a few quick and easy steps away, beginning with the Multiply blending mode.  Drag the slider left and right in the image below to see the before and after versions of the tutorial image. 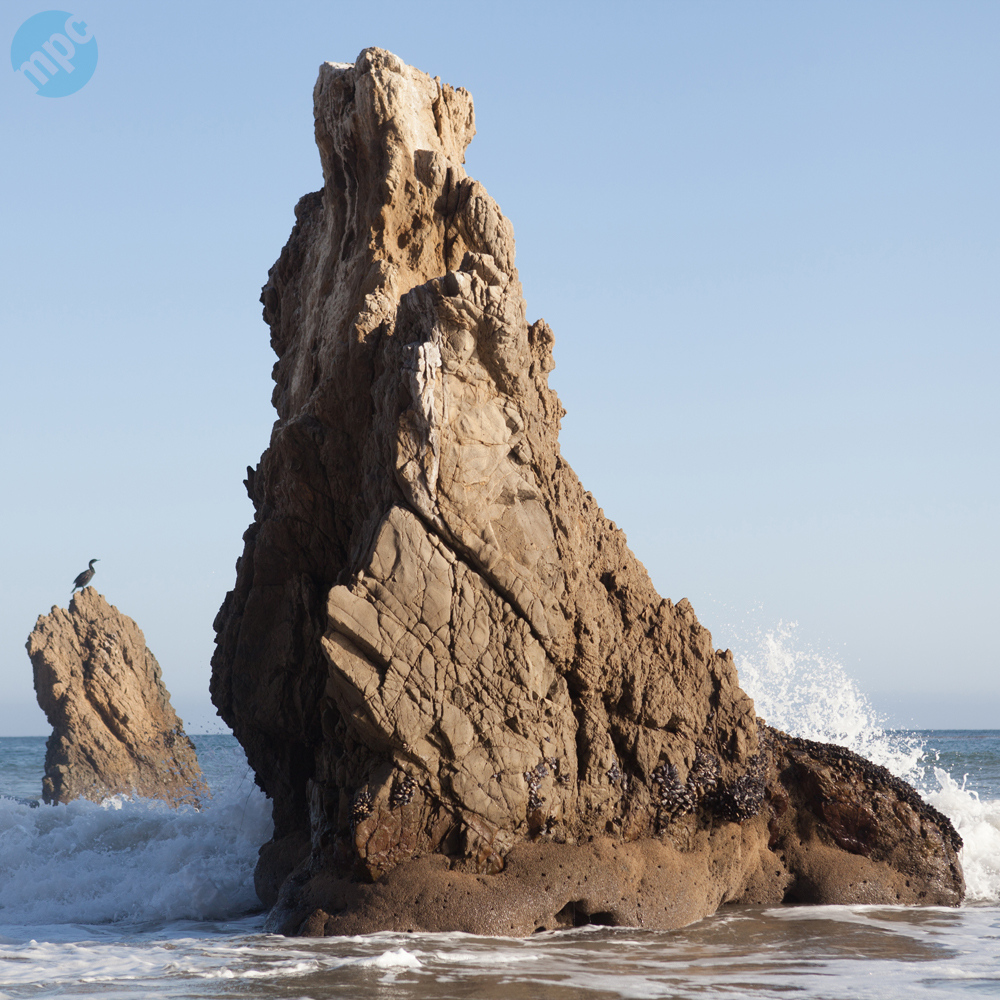 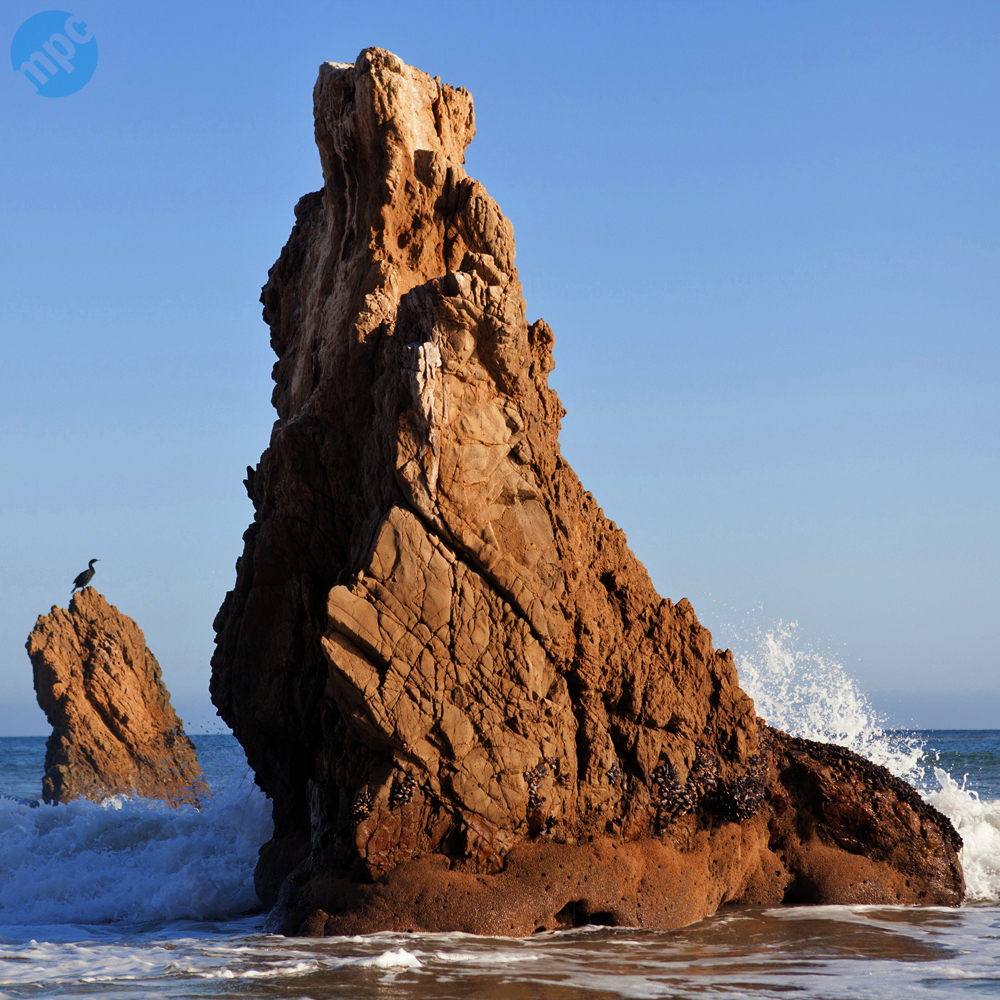 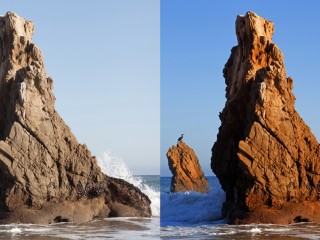