Canon EF 40mm f2.8 STM is the company’s first pancake lens and it looks like they have nailed it. ‘Pancake’ refers to its small size factor. In fact, it is so small that it often feels like there is no lens attached to the camera, and from a distance it might seem so as well. But perhaps what is more impressive is that its small form factor doesn’t lead to a poor image quality. On the contrary, Canon EF 40mm f2.8 STM has excellent sharpness, beautiful bokeh and minimal distortion. Actually, in my tests it has performed better than some of the zoom L quality lenses which are often more than 10 times as expensive.

Help us support this website. If you plan on purchasing
this lens, why not use our affiliate link below:

It does have a somewhat weird focal length. 40mm on a full frame body is not quite wide angle and on APS-C sized sensor cameras with a crop factor of 1.6x its equivalent to 64mm, which is not optimal for portraits. However, once you play with it and get used to this focal length you will get comfortable with shooting various scenarios with the camera body that you use. 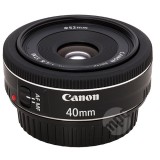 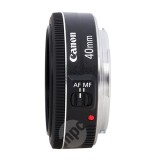 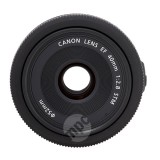 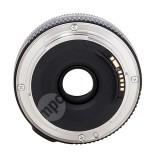 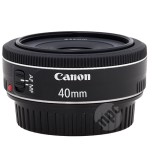 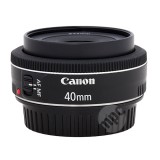 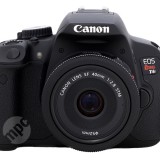 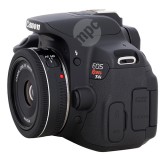 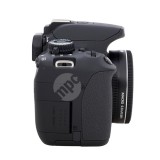 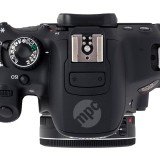 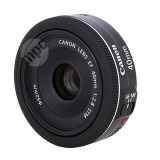 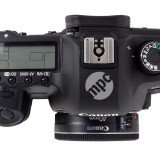 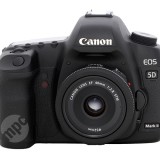 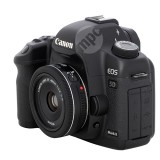 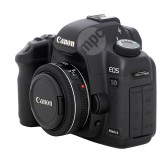 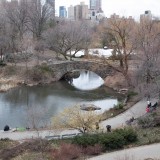 Of course, as with anything in life, Canon EF 40mm f2.8 is not perfect. If that was the case, my review would have been: “Don’t think about it, buy it already.” But I think there are a few things you need to know about this lens before you take the plunge. With aperture wide open at f2.8 on a full frame camera body there is a noticeable darkening in the corners. However, it becomes almost unnoticeable at f4 and non-existent at f5.6. But if the vignetting bothers you at f2.8 you would be happy to know that it’s easily corrected with most post-processing applications. Color fringing is also a bit of an issue. Although, I have seen much worse on many high end lenses and it can also be corrected in post processing. And finally, since Canon EF 40mm f2.8 uses the new STM (Stepping motor) technology that controls the focus digitally, there might be a slight lag between movement and reaction when using manual focus, because camera and the lens need to be ‘awake’ to start focusing. This pretty much all the negative things I can say about the lens.

Speaking of STM, the lens uses this new technology with compatible hybrid CMOS AF system to make the focusing a lot quieter and smoother for DSLR video capture. On these compatible cameras, such as Canon T4i and T5i, the focus noise is almost non-existent, and unless you are shooting in a silent location you will most likely not hear the motor at all. However, Canon EF 40mm f2.8 is still perfectly compatible with every Canon EOS camera, it’s just that on bodies not designed for STM technology focusing seems much louder. 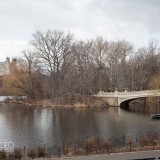 This lens is great for travel and general outdoor use. Because of its small size it’s perfect for discreet shooting. Even when it is mounted on Canon 5D Mark III, the whole bundle looks a bit amateurish and people are not threatened by it at all. This is actually a good thing, since the same camera with many other lenses might attract unnecessary attention. Additionally, since Canon EF 40mm f2.8 STM is so light, carrying it around all day will not be a problem even if you bring some extra lenses with you; this 40mm pancake is easily stored in a pocket.
Because of its relatively wide aperture Canon EF 40mm f2.8 STM can also be useful indoors. Since it is equivalent to 64mm lens on crop sensor cameras you can also use it as a portrait camera. What’s even better is that on a crop sensor vignetting and lens distortion is non-existent so set it to the widest aperture and shoot away. Bring it to a party and have fun with it. Although keep in mind that it can sometimes be a bit slow focusing in darker light conditions.

And finally, let’s not forget its STM technology which is very handy for video capture. Below is a video sample filmed with Canon T4i at Central Park in New York City. The camera was on a tripod, unfortunately it wasn’t a fluid head video tripod so the movement is a bit jerky, but you can get the idea of its smooth and quiet focusing in a typical real life scenario.

Personally, I was blown away by its image quality. I bought the Canon EF 40mm f2.8 STM lens as soon as it was available and expected it to be a low grade quality lens since at the time it was $200. When I got this lens I couldn’t believe how sharp the images were even at the wide f2.8 aperture on a full frame sensor. The bokeh also looked better than some of the mid-range lenses I’ve tested. I have been using this lens for more than a year now and I would have to say that at this price point the image quality of this lens is outstanding. And nowadays it’s even cheaper. So if you are on a very tight budget and looking for a prime lens in the medium focal length, this is the lens for you.

Build quality of this lens is acceptable. The lens mount is metal and everything is tight and smooth. It’s not as durable as L quality lenses, doesn’t come with a hood and it’s not weather sealed. But at this price point you can’t really ask for that. So a seasoned professional working in rough situations might not want this lens but on the other hand you can get at least 10 of these for the price of one high-end lens and just replace them as needed.

Help us support this website. If you plan on purchasing
this lens, why not use our affiliate link below:
Get Canon EF 40mm f/2.8 STM Lens from Amazon right now. 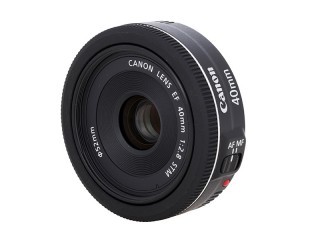