For petite models (and photographers who specialize in petites), the fashion industry doesn’t exactly toss out opportunities on a daily basis. So when model Jax Turyna was asked by the biggest petite modeling magazine around to submit some images, and she subsequently asked me to photograph that… I leaped at the opportunity. But after our first submission attempt, that leap felt more like a fumble.

I like stark imagery, and I thought it would be cool and interesting to do a masculine look with a curvy and feminine model. So we went with white-on-white-on-white: white suit for wardrobe, pale and understated makeup, slicked-back blonde hair, and everything photographed on a white stool and white studio backdrop.

Well… our magazine submission was swiftly rejected. I don’t even remember why; perhaps no reason was ever given. Just rejected. Game over. Next in line, please! 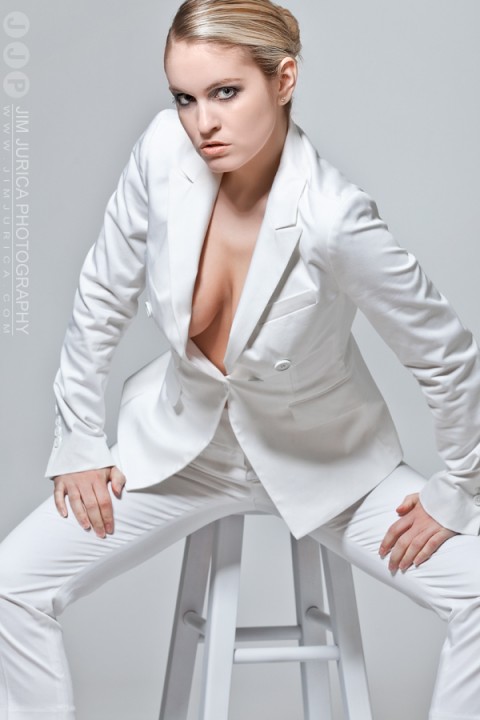 On our second attempt for this publication, Jax arranged for a designer to provide some interesting leather wardrobe. And we had our makeup/hair stylist create a softer, more feminine look this time around. I even picked a grungy, urban outdoor setting and everything was just as opposite as possible from our last submission set.

Personally, I think the photo shoot went well, despite the bitter cold. But once again… our submission was rejected. We were told the magazine’s editor didn’t care much for the wardrobe. Now keep in mind, this was back in 2011, and I’ve learned a thing or two since then about how magazine submissions really work. Most notably: beauty is in the eye of the beholder, and editors are swamped with other incoming submissions to wade through. You need to do something special, in order to rise above the crowd and grab their attention. 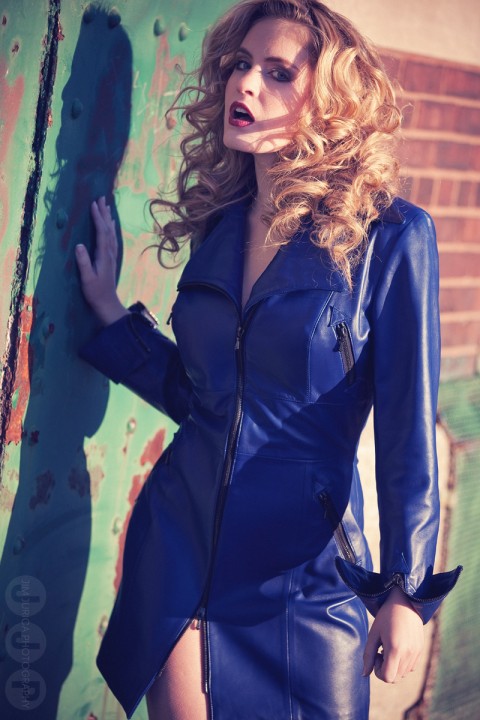 I admit: I have a short temper. I try really hard to keep that in check, and be as professional as I can. But this was starting to become personal now. So I said let’s try this one more time, and if they don’t like what we send them, well… you know where they can shove the images!

So for this last attempt at a petite publication credit, I pulled out all the stops. I found a designer who agreed to create a new, custom-couture piece (for free) specifically just for Jax to wear at this shoot.  And we had Chicago’s biggest beauty academy donate their makeup and hair styling services as well. (Thanks once again, to Haus of Allie LaModie and Makeup First Academy.)

To really make sure all the odds were stacked in our favor, I set up a photo shoot with model Jax a few days before, to pre-plan the best posing options for her unusual wardrobe. I also scouted the actual photo shoot location ahead of time, to determine exactly when the sun would be where I needed it for the back-lit vision in my head. I even arranged for a photography assistant that day… something I normally never do.

Well guess what?  On the day of the shoot, our model was late. She’d been working on a short film and they held onto her longer than expected, tossing most of my planning right out the window. By the time we finished with hair and makeup, arrived on location, and had the designer tailor and fit the wardrobe perfectly on-site, it was already past start time. The sun had sunk below the skyline and it was getting dark, fast. My photography assistant was proving to be more of a distraction than benefit. And after a few quick shots, I realized the vision I had in my head was no longer possible.

I think not. Something I’ve learned from the very beginning of my model photography career is that nothing ever goes quite as planned. We end up winging it, and improvising, more than I like to admit.

I wasn’t planning on shooting at night, so I didn’t have studio lighting or a tripod with me that day. And with only a few minutes of usable dusky light remaining, we ditched my assistant and ran over to a nearby bridge that offered at least some overhead street lights to work by.

Jax quickly ran through all her poses that we had planned earlier. And I did my best to become a human tripod, hand-holding a 200mm lens as steadily as possible, while shooting with available light in near-dark.  We worked fast, and got out of there even faster. 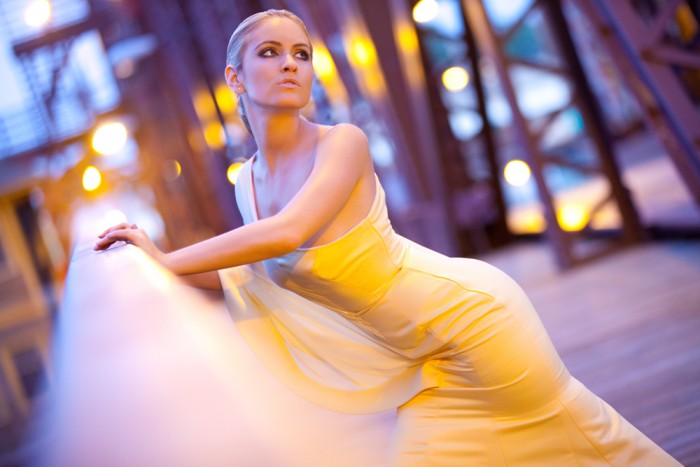 The result? The final images were nothing like what I’d originally planed. But they did turn out better than what I had originally planned. Not to mention, our third set was accepted for publication, and model Jax was chosen as the magazine’s next cover model.

So there you have it: score one for planning ahead. Score another one for tossing away all those best-laid plans and improvising when things go wrong. And of course, score a third one for perseverance. Louis Pasteur may have said, “Chance favors the prepared mind.”  But when in doubt, I say: The third time’s the charm.

Keep on taking pictures, and have fun….

This entry was posted by Jim Jurica. 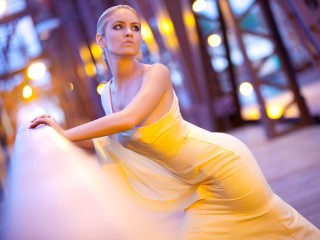