I have had a pleasure of meeting Dinorah during our summer vacation where she was introduced to me and my wife by a mutual friend. During our stay we have enjoyed her company and recognizing her natural beauty I’ve offered to do portfolio photo shoot. We haven’t planned any specific theme or even style. I just asked her to bring whatever she thought would look good and just go from there.

She looks great and requires virtually no guidance in positioning. So for our first session I have decided to use plain white background to focus all the attention on the model. I saw a white dress in her wardrobe and immediately decided it would be a good challenge to shoot white on white. I used two lights with umbrellas positioned directly on each side of the model to provide equal lighting on sides and background. This lighting setup creates a nice symmetry in photos and makes the model stand out from the image. I intentionally blew-out some highlights on sides to underline her figure while still keeping the rest of the body properly exposed. 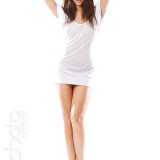 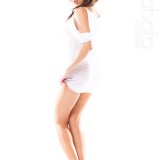 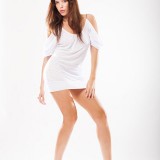 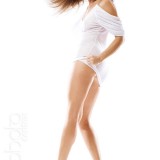 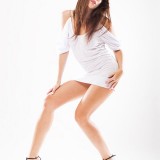 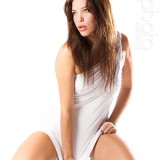 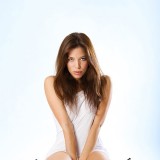 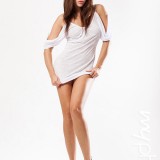 On some of the shots I wanted to keep the background a bit off white to give the image some depth so I stepped down the left light unit 2-steps down. This created some shadows from one side and darkened the background, just a little bit. Also, as you may have noticed not all the images in the series have consistent color scheme. That’s because I edited these images at different times so I opened RAW files and applied slightly different settings in post-production to each image, also partially because I wanted to see which editing method and color scheme would look best. Overall it was a real pleasure working with Dinorah and as you can see the images reflect that. 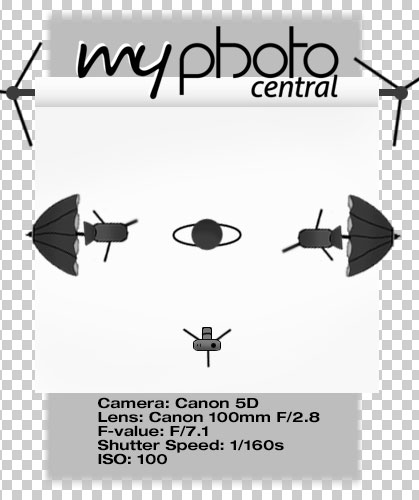 All of the images were shot on original Canon 5D with Canon 100mm f/2.8 (non-L) lens. Shutter speed was consistent 1/160 of a second to minimize motion blur due to model movement since she was dancing from one pose to the next. Ideally I would have liked to use a faster shutter speed to compensate the model’s movement and it was a relatedly long focal length, but that’s the maximum speed my radio trigger is rated for (yes I know I can do better, I am shopping around). ISO was at constant 100. Aperture was kept around f/7.1 to allow for good focus during model’s movement while still creating some softer focus in the back.

As always, I am open for comments and criticism and I would love to know your thoughts and remarks about this shoot. Please take a moment and let me know what you think or perhaps what would you have done differently, thank you. 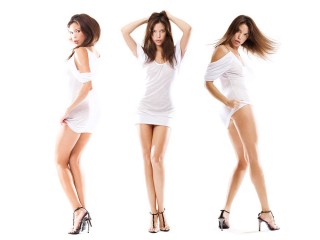