These days I really enjoy working with at least a couple of models. This way I can get a larger range of emotions and themes out of my shoots. Although, this also creates additional complications with correct lighting position and timing – having everyone with the right expressions in a shot. But working with a team is something that you have learn as you become more experienced photographer. For this shoot I wanted to create an atmosphere of a young romantic couple enjoying their weekend in a city. Since we were shooting outdoors the lighting setup was simple, so it was mostly about getting sincere and genuine emotions from the models.

This was a stock shoot and the models didn’t know each other well, so my first priority was to get them feeling comfortable with each other. For this reason I got everybody a cup of coffee and just asked them to sit down, relax and enjoy themselves for a minute while I worked on the setup and did some test shots. We were shooting in Manhattan’s Meatpacking district which has some distinct NYC elements, as well as some interesting authentic location bits, such as the cobblestone roads. I didn’t have a set plan of action for the shoot; I just knew I wanted to get some feel good shots. We spotted some outdoor tables that would have made a perfect set to start our shoot with, but there was already a larger shoot going on there. Thankfully they were almost done, so I ended up getting acquainted with models in the meantime. Once we began shooting, the models started chatting with each other. As we continued, they felt more comfortable around each other and emotions very sincere. 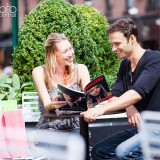 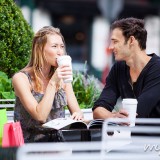 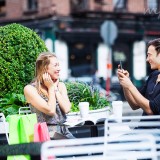 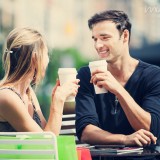 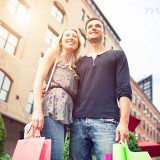 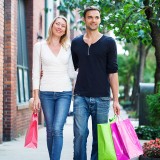 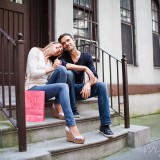 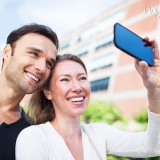 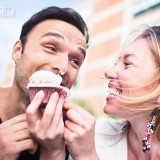 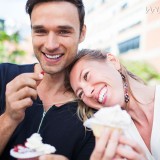 After that we moved to an adjacent street and as luck would have, it was completely cleared out of cars in preparation for a TV series shoot later that day. Since TV crews haven’t started setting up yet, we were free to use the street. I was able to shoot at various angles with wide angle and telephoto lenses without usual city obstacles.


Later we moved up to High Lane Park. Nice weekend weather drew lots of people to this new landmark park. So I opted for shooting close-up shots, but I needed something the models can focus on. There were a couple of tourists sitting next to us, eating cupcakes. And I thought these cupcakes would make a perfect prop. But unfortunately the tourists didn’t speak much English, so they couldn’t explain where they got the cupcakes from. I ended up spending almost an hour searching the neighborhood, but I finally was able to get some just in time for a perfect sun position. The entire shoot was done in 3 hours within a 2 block radius.

All of this was shot on Canon 5D Mark II. The lenses used were Canon 70-200mm f/2.8L, Canon 100mm f/2.8L, Canon 85mm f/1.2L II and Canon 35mm f/1.4L with a polarizing filter. I have also used a reflector and a diffuser where possible. And I was also selecting my angles carefully to try to get a nice sun flare if I though a shot would benefit from it. As for props, all I needed was coffee, cupcakes, a magazine and some gift bags. 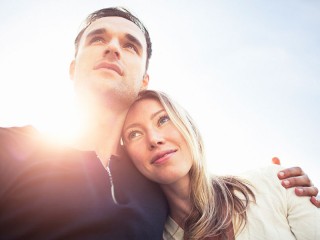