In today’s diet driven and healthy lifestyle oriented society fitness and exercise images are in high demand. I have shot fitness people in studio and outdoors, but I haven’t had a chance to do an indoor gym exercise photo shoot, until now. I have been passively looking for a good gym location for months. It all comes down to budget, small private gyms are often located in cramped basements, while large chain gyms typically ask for exorbitant rates to close down a section or offer nighttime shooting when they are officially closed. I wanted to take some nice sunlit gym shots and was fortunate enough to find a place that fit my demands.

This place is called Krav Maga Academy. You can check them out at krav-maga.nyc/. As you might have guessed already, this is not strictly a gym, but rather a martial arts school. As such, 80% of their midtown facility is covered in mats. It was very fortunate that a small section of their floor looks exactly like a traditional weightlifting gym and what’s more important that was the side with all the sunlit windows. One of the challenges on this shoot was the shooting angle. Since only one corner looked like a traditional bodybuilding gym I had to always keep my shots pointed in that direction. Unfortunately one of the windows in that corner had a window air conditioner unit that was an eye sore in pictures. I had to clone it out completely or color grade it to blend it with the rest of the environment in post.

Another challenge had to do with models. My original casting mentioned that this photo shoot would involve physical exercises and that models have to be in good shape to be able to endure physical activity throughout the session. Two of the models that were casted are actually certified personal trainers, and were able to provide their expertise on the set, made sure that all positions were realistic. Also big thanks to Matan Gavish, the owner of the Academy, for helping us with fighting techniques. The rest of the models, on the other hand, were fit, as most models are, but lacked the tone and endurance this shoot required, so after a short while they were pretty tired. Therefore I opted for giving people as much break as possible and shooting small groups instead. The images represented here are just a small sample of what we shot that day. All in all we had 15 people participating in this shoot, which included weightlifting, aerobics, kickboxing and self-defense exercises, as well as some individual portraits for the actual trainers who work at Krav Mage Academy. I am quite satisfied with the result, but I am already planning other themes I can shoot on this topic. 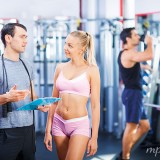 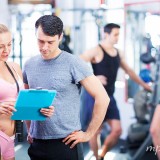 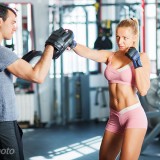 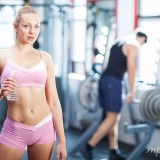 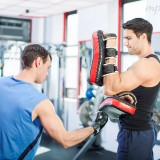 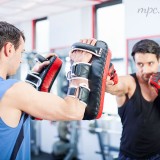 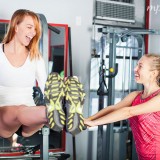 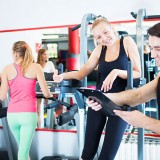 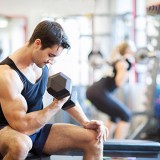 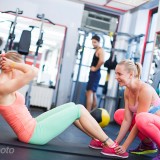 Speaking of participants, as I’ve mentioned before I’ve had an open casting call for models with the subject, requirements, time and place of the shoot posted a week prior. After going over 200+ interested inquiries, I ended up choosing a handful of models, confirming their participation. However, once we arrived at the gym for setup, an hour before the beginning of the shoot, we were shocked to find a line going around the block beginning at the entrance to the building. I was a bit disconcerted with the prospect of sending all these people home with the explanation that there has been a misunderstanding. But on my way to open the buildings vestibule I was relieved to find out that the line was actually for a cooking show casting on a floor above our gym and that I wasn’t going to be the one sending those people home. 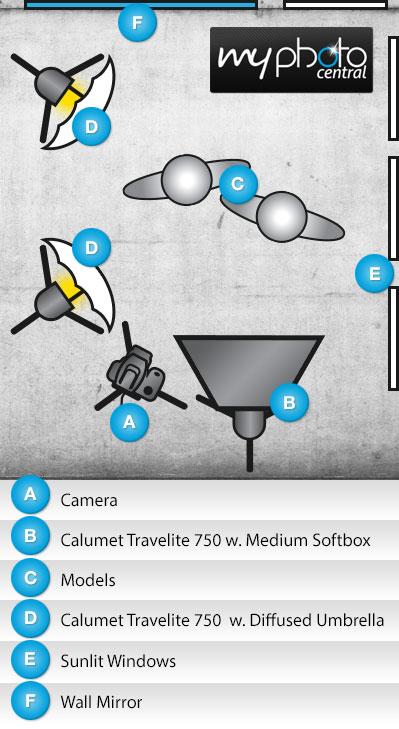 I wanted to keep lighting as natural as possible so I had to match the intensity to the outdoor lighting. I’ve had a medium softbox positioned as close to me as possible to make sure that my subjects were illuminated from the front. I have placed another strobe unit on the left side mainly pointed to the ceiling so that the light would bounce naturally from the top. And finally, I had another identical strobe unit positioned closer to the back and similarly pointed to the ceiling. Pro tip: always have a painters tape with you to secure all cables, especially on a shoot such as this. Painters tape hold cable firply secured to the floor and yet doesn’t leave any marks when removed. We were shooting throughout the whole day so the outdoor lighting has been changing throughout. Therefore I had to periodically balance out the intensity of my strobes to match the lighting coming through the windows. I was also lucky enough to catch some sunlight in several shots that added warmth and authenticity to those images.

I was shooting with Canon 5D Mk II as my primary body. The video was taken with Canon T4i. I opted out for exclusively prime lenses for this shoot since I wanted to achieve shallow depth of filed in my shots by keeping aperture around F/2. For this purpose I used Canon 50mmL 85mmL and 135mmL lenses. Shutter speed was mostly constant at 1/160s and ISO varied depending on the situation from 100 to 400 and 640. 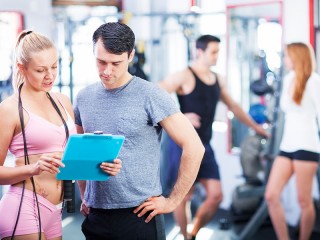