Once in a while I like to schedule outdoor shoots with new models. This allows me to test out new talent and increase my pool of people that I can reliably call on for future jobs. To be completely honest, I also rarely prepare for these shoots and seldom scout locations. This keeps me on my toes when I have to improvise with subjects and play around the location I am not too familiar with. Although I can’t call location chosen for this shoot unfamiliar, I did force myself into spots I’ve never been at. Therefore, this was one of those “experimental” shoots and we went for a “Girls Day Out” theme.

Since I didn’t want to call on any of the models I know, I’ve posted a casting call on Model Mayhem for a lifestyle photo shoot. The response was overwhelming, over 250 models wanted to participate. Since I was paying cash, I’ve narrowed down my search to models that had a good portfolio and knew what they were doing. From there on I’ve just picked the girls who had the same height, within an inch or two. I’ve decided to go with three models for two reasons. First, I would have a chance to work with three new people and possibly expand my list of models I can rely on. And lastly, even if two of the models were a “no show” on the day of the shoot, chances were good that at least one of them would show up. 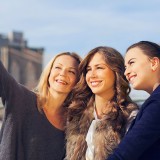 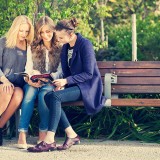 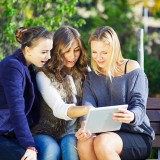 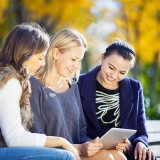 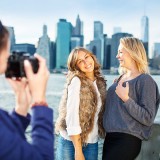 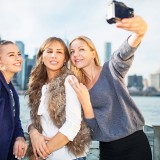 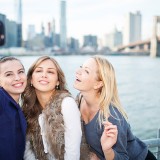 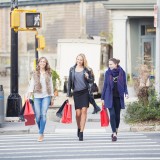 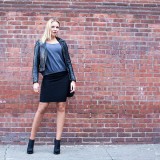 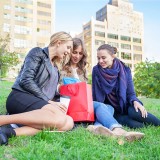 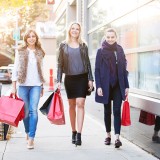 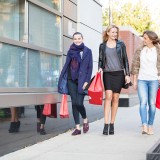 Consequently, the first model that I’ve picked right away (I really liked her smile) canceled on me within 24 hours. She claimed that her agent booked her for some expo for that timeframe. She had a very good portfolio and looked like she had a range of skills, so it saddens me that we would never work again. I say that because I have a personal policy to never book anyone who does a “no-show” or cancels on me within 24 hours for a reason that they got a better offer somewhere else.

Fortunately, I was able to book another model instead. I am glad I did because she turned out to be punctual, responsive to feedback and versatile. Since then I have worked with her on several other shoots. Actually all three girls turned up on time and were a pleasure to work with.

Before I talk about some of the difficulties check out our behind the scenes footage of this shoot.

Almost every shoot has its difficulties, but especially ones that you don’t plan ahead for. In this case I’ve had several mishaps. First problem was that I didn’t have a schedule. Because of my lack of timing and neglect to check the watch, I’ve spent way too much time shooting my first setup (the bench). The shots turned out fine and they will probably sell quite well as stock, but the scenery is ordinary and the shots just don’t stand out on their own. I thought of shooting on Brooklyn Bridge, which was very close by, but because I didn’t organize my time well, we had no chance of getting a good spot before sundown.

This leads me to my next problem. I wanted to shoot some sun flare portraits with NYC skyline as the background. For this to work out well, I needed for the sun to be right on top of the buildings. I checked the schedule online and knew that the sundown on that day would be at 5:22pm. Thus I’ve planned to be in position around 5:18pm. As we were shooting at a different location, I’ve realized that even though the actual sundown is at 5:22pm, the sun’s position over the buildings will be much earlier than that. In my mind I’ve equated sun going over the buildings with the sundown. Rookie mistake!

And the third problem arose as a consequence from the first two. It wasn’t directly my fault but if I shot with a schedule I might have never found myself needing external speedlites. Since the sun went down prior to the end of our shoot I wanted to utilize our time more efficiently and get some more interesting shots done. We found a nice spot at an outdoor café. The angle was good but the natural lighting was atrocious. It was mostly backlit. Since I always (99% of the time) carry a couple of speedlites with me, I’ve taken them out for a spin. On-camera flash was creating nasty shadows, so I had to use my trusty PocketWizards. To my surprise, none of my remote controlled gear worked. I had two transceivers and three receivers in a perfect working order with me but none of them wanted to share a signal. I huffed and puffed for over twenty minutes, changed batteries on everything (including flashes) to no avail. So we ended up without café shots. To my dismay all of my equipment worked flawlessly again when I got home, it still does. The only reasonable explanation that I could come up with is that there are signal scramblers around Brooklyn Bridge that interfere with flash remotes. I’ve researched it online but couldn’t find a solid answer anywhere, so it’s still a mystery.

Thus the moral of this shoot is to always have a timetable, even if it’s just a shoot for fun. I still got some nice images, but if I was shooting for a client this unstructured approach would not be acceptable.

For this shoot I’ve used my Canon 5D II as the main body. The video was shot with Canon Rebel T4i. The lenses were Canon 35mm f/1.4L, Canon 50mm f/1.2L, Canon 85mm f/1.2L II and Canon 70-200mm f/2.8L. I’ve also used several B+W neutral density filters of various shades in order to use the lenses at a wide aperture in direct sunlight. And finally I employed an extra-large reflector/diffuser to have a bit of a control over natural lighting. 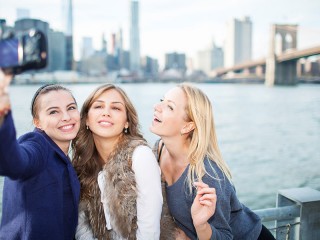