In less than a year since Hero 4 has been out in the market, GoPro launches its smallest and lightest camera yet – Hero 4 Session. New model is about 40% lighter and staggering 50% lighter than the original Hero 4 system, all while keeping pretty much the same specs you would find on the larger body Hero 4. 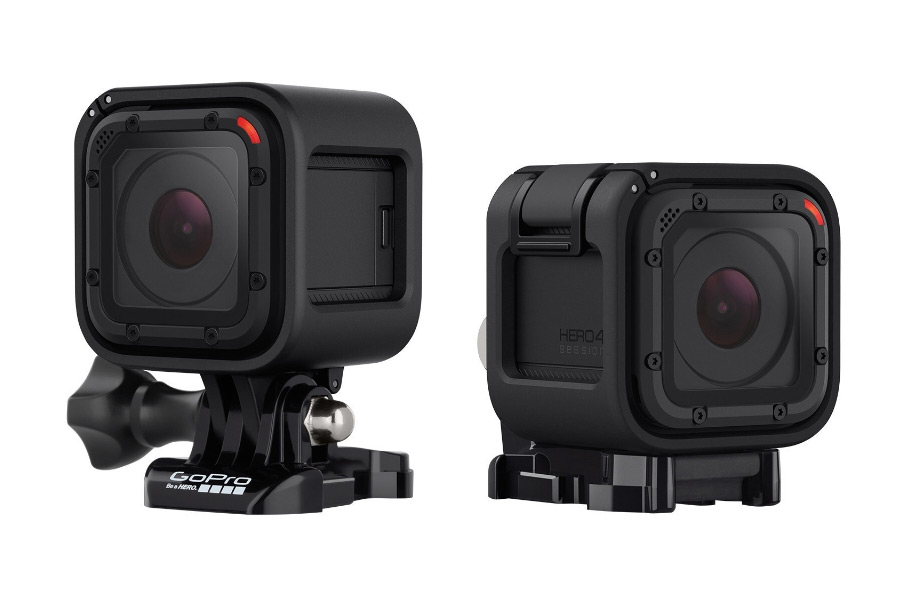 You will be able to record stunning video at 1080p60, 720p100, and 1440p30 resolutions. Not surprisingly, however, is that there is no 4k capture mode on a camera with such a small body. That being said, GoPro promises that the body itself will be weather sealed and waterproof for up to 33 feet, which eliminates the need for extra casing. And no external casing means significantly better audio recording, which was never the top priority for GoPro before. For these reasons, the company says they’ve made a lot of improvement in audio capture during high-wind and water-based activities.

New Hero 4 Session should be compatible with all standard Hero 4 mounts and accessories. It will also support the same capture modes as Hero 4 Black and Silver editions, such as SuperView™, Protune and Auto Low Light.

Design-wise the new all-black body looks extremely slick and sexy. On the front of the camera you have one of the two new Dual mics as well as the low profile recording light. The camera itself is operated via single shutter button or Wi-Fi controls using GoPro app available for iOS and Android devices. 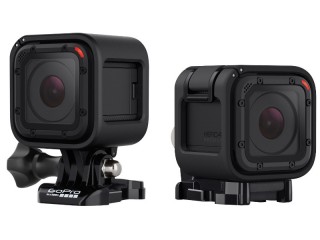