In less than a year since Hero 4 has been out in the market, GoPro launches its smallest and lightest camera yet – Hero 4 Session. New model is about 40% lighter and staggering 50% lighter than the original Hero 4 system, all while keeping pretty much the same specs you would find on the larger body Hero 4. END_OF_DOCUMENT_TOKEN_TO_BE_REPLACED

Yesterday, Sigma Corporation announced brand new 24-35mm F2 DG HSM Art lens, the world-first full-frame DSLR lens with constant F2 aperture throughout its zoom range. As the basis for this project Sigma’s engineers used one of company’s previous model built for APS-C sized sensors, the 18-35mm F1.8 DC HSM Art lens, a well-reviewed lens, which at the time of its release was also the first-ever zoom lens to use constant aperture. END_OF_DOCUMENT_TOKEN_TO_BE_REPLACED

On June 10, 2015 Sony announced brand new a7R II, 42.4 MP mirrorless camera with the first ever back-illuminated full-frame Exmor R (BSI) CMOS sensor. It is by far the largest back-illuminated chip released allowing you to shoot at ISO range of 100 to 25600 that is expandable to ISO 50 to 102400. 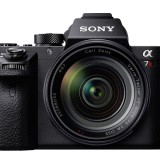 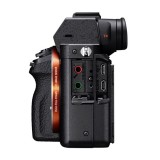 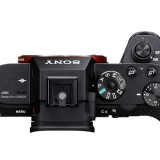 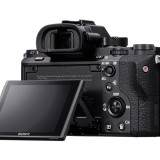 If you’re thinking that this is just a minor update for the original a7R, consider the following. Sony’s a7R II new image sensor uses 399 focal-plane phase-detection AF points that work together with 25 contrast AF points giving you the widest coverage available on any full-frame DSLR and fastest response (about 40% faster than the original a7R). It’s important to mention that this new on-sensor phase-detection AF should also work just as well with Sony’s A-mount lenses and other third party lenses via the electronic adopter.

Also improved (from the original) on the Sony’s new flagship mirrorless camera is the new 5-point axis stabilization. Similar to previously released a7 II, this type of image stabilization simultaneously corrects for angular shake, shift shake and roll shake and allows you to shoot handheld at shutter speeds 4.5 steps faster than you would normally.

Of course the key selling point of the entire Sony’s mirrorless a7 line up, the ability to shoot glorious 4k video did not get overlooked as well. With the new a7R II you are able to shoot 4k videos in either super 35mm format or full-frame format. When using super 35mm format the camera collects approximately 1.8x more information oversampling the image and producing footage that is visibly more clear and has less artifacts.

Looks like Sony has really listened to photographers’ wishes and has produced a real gem of a mirrorless camera, a7R II will be available in stores this August for approximately $3200 retail.

April 22, 2015 ZEISS announced two new lenses exclusively designed for Sony’s full-frame E-mount cameras like the A7ii we reviewed not too long ago (as well as 6 other cameras in the Sony’s E-mount lineup). ZEISS Batis 2/25 and Batis 1.8/85 as the first 2 lenses in this particular family that have a very unique feature which, as you already guessed from the pictures, is the OLED display for depth of field/focal distance information. Besides the pretty display and the slick design, both lenses feature super-fast and quiet linear motor AF drive, as well as “floating elements” design to combat aberration and other optical issues at all focal lengths. END_OF_DOCUMENT_TOKEN_TO_BE_REPLACED

If you read our mirrorless Sony a7II Review, you will remember that one of our biggest gripes with it and the company in general was a lack of choice when it came to lenses. Sony, of course, know this very well, and in 2013 released a roadmap for the next couple of years that would bring up the total number of FE lenses to at least 20. So far they seem to be sticking to this roadmap with March 4th announcement of 4 new lenses: FE 28mm f/2, Zeiss Distagon T* FE 35mm f/1.4 ZA, FE 90mm f/2.8 Macro G OSS and FE 24-240mm f/3.5-6.3 OSS. END_OF_DOCUMENT_TOKEN_TO_BE_REPLACED

I am happy to announce that we are officially adding Reviews category to MyPhotoCentral. As most photographers out there, we are never fully satisfied with our equipment, even though we all know that it’s mostly our knowledge, skill and talent that makes our photos stand out. So we are always on the lookout for new and improved gear. Personally I am still satisfied with my aging Canon 5D mark II, but I also cheat on it a bit and occasionally try out new camera systems. END_OF_DOCUMENT_TOKEN_TO_BE_REPLACED