The emergence of remotely controlled drones capable of carrying several pounds of photography gear, some with built-in full HD (or even 4K) video cameras have completely rewritten the rules of landscape photography (and videography). Landscape photography has always been a challenging pursuit within the world of photography. It was always a pursuit that demanded meticulous preparations, careful calculations of light value and correct setting of exposure values to get a near perfect exposure.  Arial photography was even more complicated. It required a huge budget that could cover helicopter, pilot and specialized gear on board. Therefore this type of photography has always been reserved for top dollar productions.

Cut to 2016 and aerial landscape imagery has become considerably easier and available to the mainstream.  The accessibility of affordable quadcopters has sprung a true renaissance of new angles and very imaginative captures.

Drones, to be fair to them, are not new. Thanks to man’s self-devouring military ambitions they have been around for a while. But the kind of drones I am referring to are completely different. These four legged, propeller driven and remote-controlled drones are transforming the way videos and even stills are being shot, including breathtaking landscape shots. 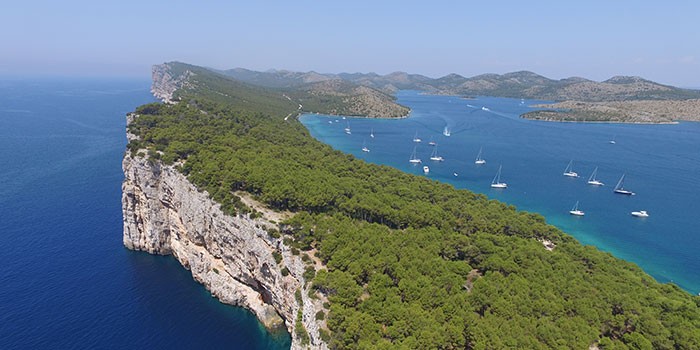 Imagine if you could capture the great African migration from an angle that is only possible to be experienced by a hawk. Yes, you could use a hot air balloon, but then a drone with its smaller size is less conspicuous and more affordable in the long run (unless you crash it on your first flight). The same way, let’s say you intend to shoot a time-lapse of the Niagara Falls from an overhead angle. This would be impossible if you had to do this manually. A drone, on the other hand, can make it look easy. But you don’t have to go to exotic locations for get great footage. Everything looks novel from bird’s eye view. So even if you just hover over your neighborhood which you’ve seen from every angle, it will look new and exciting.

Latest drones such as the DJI Phantom II and superior models have excellent hovering capabilities. This allows the controller to make series of images from angles that are not only unique but also breathtaking. The ability to hover means the stills produced have very little jerk from frame to frame. This also means very little post-processing work to align them or crop them.

Using drones however comes with a bunch of caveats. There are a series of rules and guidelines that you need to adhere to. Consumer drones are relatively new and most local law are only catching up with them but as it stands right now, most countries have no fly zones (especially around airports and military installations) and even implement rules like speed limits and restrictions for flying over crowds. People with lack of common sense have forced the hands of authorities to implement tough anti-drone laws. There was a recent incident when firefighters from the California Department of Forestry and Fire Protection fighting a forest fire in San Bernardino had to stall their work because of interference by several drones. This was by no way an isolated incident. And don’t forget that you might even get sued for “spying over personal property” if you fly over dwellings.

While these events are in no way related with landscape photography, what I am trying to refer to is that people do strange and stupid things when they get a chance to control a flying robot. It is always in your best interests to know the law of the land and never to put yourself in the path of the law.

I have been fascinated by these flying cameras for a while. I have purchased my drone back in 2013. It was one of the earlier models of DJI Phantom. I have quickly realized that while it may look like a toy, it’s far from it. These things have fairly sharp blades spinning at high speeds and since they freaking fly they can do a lot of damage if they fall. During my initial test flights in a large park I have quickly learned that while it’s a lot of fun to operate a drone, once things start going wrong, shit hits the fan (no pun intended) really quick. I have found myself in several situations where I have just watched a disaster happen and have very title control over it. That’s not a situation I enjoy being in.

Fast forward to numerous crashes and tons of spare parts ordered from Ebay I was fairly confident in my flying abilities. I was ready to make my small but interesting video flying over our rental house in Florida, covering water canals, flying over our rooftop and having the final shot of our family enjoying the sunset over the pool. Everything went flawlessly, my flying was perfect, and the video was going to be a success. That’s what I thought just before a screw on one of the propellers got loose and just popped out. The drone fell like a rock and barely missed the pool but the GoPro attached to it wasn’t so lucky, the case cracked open and the camera slid into the pool. I couldn’t recover the video and the drone was so messed up that I’ve decided to cut my losses and just sell it on Ebay.

Flying drones are a great idea. Lots of people are filming amazing footage with these devices. The latest generations of these drones are much smarter then what I had. They now have sonic sensors that can detect objects and will force stop if they feel they have to. In fact they have so many smart sensors inside that they can easily fly indoors and hold a steady shot. If you have a clear need for additional angles, go for it, it’s a lot of fun. But keep in mind that it can turn into a pile of junk is a moment. And also consider insurance since bodily harm and property damage is a real concern with these things. If you are considering getting one, as a tip, I would suggest buying one of the super cheap small drones to practice before flying the big boys. Personally, since I don’t currently have a commercial need for such footage and it would only be a bonus item, I will wait until a few more iterations come along. 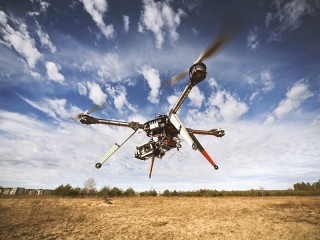