Burst mode (also known as continuous or sports mode) in photography is when a camera takes numerous continuous shots within an extremely short period of time. It is most useful in sports but many photographers also use it while photographing children or taking group shots. On most high-end cameras, using a burst mode is as simple as setting the burst mode setting and holding shutter release button for as long as you want the camera to take shots. Most cheaper models and point and shoot cameras however, will limit how many images can be taken within a burst.

When to use Burst mode 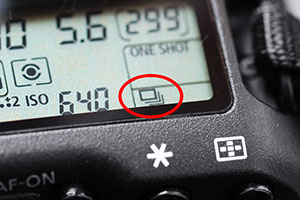 There are several situations where a burst mode can come in handy with sports being the most obvious example. Picture an acrobatic skier flying through the air. You may only have 3 seconds to take your shots while the skier is catching air. Most mid-range DSLRs can shoot 3 to 8 frames-per-second (fps) which can give you up to 24 pictures to choose from. Some high-end cameras that target pro-sport photographers can shoot up to 14fps (like Canon 1Dx) which can create up to 42 pictures in that 3 second jump.

There are several other situations in which Burst mode can be useful. Many photographers like to use this mode while shooting kids. This is often called “spray and pray” method where hundreds or sometimes even thousands of shots are taken in hopes of capturing that precious look. Some photographers also like to use this mode in situations where you might not have a chance to do re-shoot. Picture a model in designer dress, beautifully done makeup and blow-dried hair and the shot you are looking for is her being splashed with water or milk. It would take you several hours to re-create this photo opportunity so it would be to your benefit to use the Continuous mode. Another good situation to use Burst mode may arise while shooting large group portraits. It might be useful to have extra photos to choose from if closed eyes or turned heads need to be edited in post processing (try to use tripod for this kind of scenario).

Things to consider in Burst mode 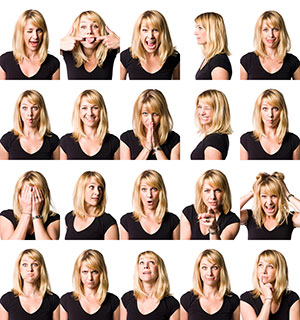 While Burst mode might seem like the easiest way to capture that precious split-second event, there are several limiting factors to be considered: 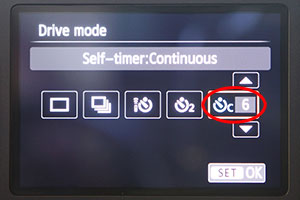 Some cameras have an option to select Continuous mode during self-timer. This is a nice feature, especially when trying to photograph your family. As a general rule, people never stand still, even when asked to do so (particularly kids). So you can be sure that when you attempt a self-timer feature on your camera, someone will have their eyes close, look somewhere else, cover someone, pick their nose, and so on. You can try to minimize a chance or something like that appearing on your photograph by taking numerous continuous images and picking the one that looks best or combining successful shots in post processing.

If you are interested in shooting in Burst mode, first you would have to find out exact limitations of your specific camera. If you are just shopping for a camera consider a body that doesn’t limit you to several shots per burst. On average, cameras with smaller megapixel count tend to have less limitation in burst count while cameras with nearly unlimited capture potential and high megapixel count tend to be very pricey. Personally, I don’t use Burst very often, except when I’m shooting sports. So when I shop for a camera Burst potential is not a top priority. However, if you plan on using this mode often, you should definitely pay attention to which cameras are best at it. Overall, Burst mode is a very useful feature and it will certainly enhance your photographic capabilities if you master its use. 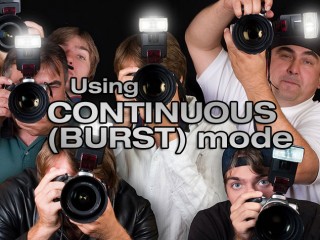