Image stabilization, as a feature in our digital cameras, is somewhat of a given. We take it for granted and use it without even giving it any thought. But photographers have not always been this lucky. Ask anyone who had started his career shooting in film, with old film SLRs, and you would immediately get a smirk and a sharp retort. Image stabilization has, to a large extent, made photography easier. Otherwise how would you expect a photographer to shoot a hand-held shot at 1/10th of a second?

How would you expect one to sling his DSLR around his neck and shoot a perfectly sharp photo of his kid while he’s spinning around holding hands? This are just but a couple of instances of the many advantages of having image stabilization in our cameras. For sure, image stabilization has made it possible for us to take it easy and yet walk out with respectable shots.

So what does image stabilization do (in plain English)?

Different brands have their own patented names for it – Image Stabilization (Canon), Vibration Reduction (Nikon), Optical SteadyShot (Sony), but in essence they are all performing the same function. Without going too much into the technical mumbo-jumbo, image stabilization moves certain glass elements inside the lens and helps keep the image coming through the lens opening (aperture) relatively parallel to the sensor. Let’s compare this process with something that is a bit easier to understand. When you drive your car, the suspension underneath absorbs all the shocks and bumps that the car is subjected to while ensuring you have a smooth ride. The same way the stabilization gyros and sensors inside a lens stabilizes the glass elements and makes sure that the final image reaching the sensor is not blurry. If you dissect a lens and then shake it when composing an image, you will notice two stabilization gyros dancing in tandem trying to keep the focusing glass element parallel to the image plane. 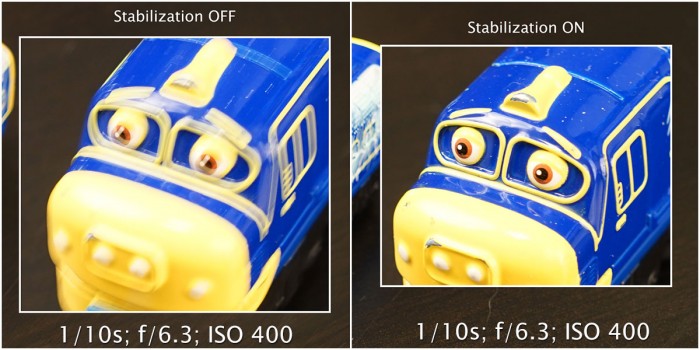 Please note, depending on the make and model of the lens (and of course the technology behind it) a typical stabilized lens will allow you to shoot at anything between 2 to 4 stops slower shutter speed than the focal length at which you are shooting.

When cameras first came out, film plates were used and the subject had to stand steady for several seconds (to even several minutes) for the exposure to be made. Then came film photography which was much quicker and photographers could expose a shot in less than a second. Then came digital cameras and things became even more interesting.

What photographers always craved for was a way to cut out image blur due to unintentional movement of the hands. One way of doing that was to use a tripod. But, tripods are not always feasible to use and they can became somewhat of a drag if you are not used to lugging several pounds of gear on your shoulders. 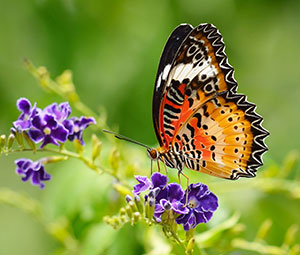 But, even then, there may be instances when using a faster shutter speed is not possible. Such as when you are zoomed out to 200mm (in the above example) and the maximum aperture that can be used is f/5.6. You may argue that increasing the ISO will allow you to increase the shutter speed. But at higher ISO there is a greater signal to noise ratio (even with the best of cameras). 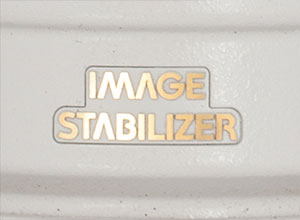 Pros and cons of each system 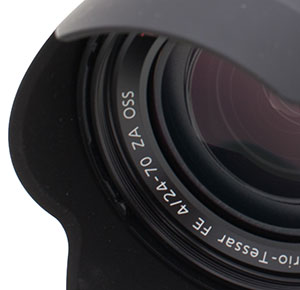 There are some major pros and cons to both sensor based and lens based image stabilization systems. Sensor based systems make all lenses compatible with the camera automatically stabilized. However, the same cannot be said about lens based systems. On the other hand, a major problem with sensor based stabilization is that it would be very difficult for long lenses to be stabilized. The amount of movement required to optically stabilize a sensor for movements of a 200mm or even longer lens will be way too much.

Having said that, please note, image stabilization will not counter for any movement of the subject. This technology has been designed to only counter for unintentional movement of your hands / camera while the exposure is being made. If your subject moves during the exposure the camera will only record a blur and not a sharp image.

So, is image stabilization worth the money?

Yes and no. Yes because without image stabilization there would be absolutely no way to hand-hold a camera and use a longer shutter speed and still walk away with sharp images. However, since a stabilized lens will not counter for subject movement, a faster lens is a better bet than a stabilized lens when you are shooting people, sports or fast action and want to freeze the action. A prime 200mm f/2.0 lens is a better bet than a 55-200mm f/4.5-5.6 VR lens because you can literally shoot at a faster shutter speed and freeze the moment. Having said that it may not always be necessary to freeze a moment. In sports such as Formula 1 you may have seen images where a fast moving car is tack sharp but the background is blurred. This can be done only when you are panning with the subject and have image stabilization that offsets any movements of your hands vertical to the image plane. To sum up, when you need to shoot at a longer shutter speed image stabilization is a must. If you want to pan and want to offset any vertical movements, image stabilization such as Canon’s IS II is a must. But if you need to freeze a moment (regardless of the type of action) you need a prime lens with a fast aperture and not necessarily one that has image stabilization. 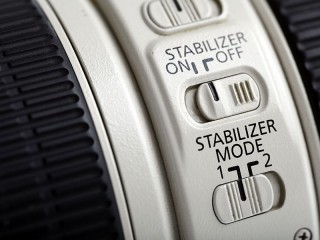