Camera lenses are one of the most important ingredients in a photography formula. Understanding the differences between lenses can greatly improve your photographic performance. Choosing the right lens can open up a lot of artistic opportunities, while getting wrong lens for the job can greatly limit your capabilities. Choosing the correct lens for job can be quite complicated because each selection can open up a set of trade-offs between cost, image quality, lens speed, size, weight, build and reliability.

*Images have been manipulated to illustrate different optical aberrations

Modern lenses contain numerous elements, each responsible for directing the path of light rays and correcting for different optical problems which may alter image quality. There are several common complications that arise to some degree with every lens, called optical aberrations. Each lens is constructed to serve a specific purpose while minimizing aberrations. Some lens manufacturers balance these out better than others.

An optical aberration is any deviation of the performance of an optical system from its intended light convergence. In simpler terms, optical aberrations occur when light rays that pass through lens elements do not meet at the same point on the sensor as they do in reality. This can cause image blurring, distortion, tilt, loss of contrast, chromatic aberration, vignetting and several other image corruptions.

Perspective is an additional aspect to consider when discussing focal length. Perspective control is a powerful compositional tool in photography. Perspective is closely tied to focal length because it s all about how the subject is framed in the photo and its distance to the camera. Let’s take those cute bubble head dog portraits for example: the effect is so heartwarming because the image is usually taken with a wide angle lens at a close distance, thus creating huge eyes in relation to the rest of the body. If the same subject is shot with a normal lens at a longer distance the head and eyes would look proportional to the buddy, somewhat loosing that cuteness factor.

The focal length of a lens may also have a significant impact on sharpness of a photo when shot handheld. When shooting with a telephoto lens it is very important to keep in mind that the image would be much more susceptible to camera shake. Even a small movement can become magnified and considering that telephoto cameras are usually large and heavy, blurry photos are even a larger risk. There is an easy to remember equation which can help you to estimate how fast the exposure needs to be for a given focal length. For a 35mm camera, the exposure time needs to be at least as fast as one over the focal length in seconds. For example: if you are shooting with a 100mm lens, the exposure time needs to be at least 1/100 seconds in order for an image to turn out sharp, when shooting handheld.

Canon’s IS (image stabilizer) and Nikon’s VR (vibration reduction) are functions that help reduce camera shake effect. This technology is often built into the lens (although some manufactures implement it into the sensor frame). It uses miniature sensors and a high-speed microcomputer that analyzes vibrations and applies corrections via a special stabilizing lens group that shifts the image parallel to the focusing plane. While this function is very useful resulting in sharper images and ability to shoot at slower shutter speed with reliable results, it usually also increases lens weight and price.

Another fundamental parameter of an optical lens is its maximum aperture. Lens aperture is the amount of light intensity a lens can let into the sensor at any given moment. Lens aperture can be very narrow (letting very little light in) or open wide (let a lot of light pass). Apertures are defined in f-numbers which quantitatively represent the amount of light coming into the camera. The smaller the f-number the wider the aperture is open, thus resulting in more light.

When choosing a lens it is important to note its maximum aperture setting. It is usually specified on the lens itself or its box. Larger apertures provide a much shallower depth of field and it gradually deepens as aperture gets smaller. Larger apertures also need less light to achieve good exposure; this is often referred to as “fast” lens because it requires faster shutter speed for same exposure (other conditions being equal). Therefore lenses with larger available apertures provide greater artistic flexibility and thus valued higher.

There are two ways manufacturers display f-numbers: it can either be f/X or 1:X. For example: f/2.8 and 1: 2.8 mean the same thing. However, some lenses may have two f-numbers listed. For example: f/3.5 – 5.6. This means that particular lens can’t maintain a constant aperture at all zoom positions.  Instead it gradually changes its f-number from f/3.5 when fully zoomed out to f/5.6 at full zoom. This means that other settings have to be change in order to maintain same exposure at different zoom ranges. Lenses with this type of transitional aperture are usually cheaper than their constant aperture counterparts.

Zoom lenses are very useful when photographer is limited in movement. For example, during a sport event where photographers have one pre-fixed location and subjects are spread around. Zoom lenses are also very useful for quick paced scenarios. For example: a journalist photographer covering an event where things happen too fast to be able to swap different lenses. Portability is also an advantage of zoom lenses because often only one zoom lens is needed during long travel shoots. It is also easier to achieve a variety of perspectives and compositions on the fly. It is important to remember that using zoom lens doesn’t mean that photographer doesn’t need to move around, zoom lenses increase flexibility but it is always important to change positions for enhanced compositions and interesting perspectives.

Prime lenses usually produce sharper and better quality images, although lately with new zoom lenses this difference is becoming very negligible. Prime lenses are usually smaller and lighter. These lenses also tend to have a larger maximum aperture resulting in better light-gathering ability and achieving shallower depth of field. Prime lenses also tend to be cheaper and have fewer elements (for potential damage) than zoom lenses. Finally, a prime lens forces a photographer to change his or her position and be more proactive, which can lead to very interesting results.

Some of the higher end lenses, like Canon’s L (Luxury) line, are typically built with weather sealing. This means that a lens is designed and built specifically to withstand harsh weather conditions. These lenses can be used virtually anywhere, from sandy beaches to storms in Antarctica without fail or loss in performance. These lenses are also very tolerant to rain. I have personally used several of my L lenses during heavy rain and the lenses performed flawlessly. However, these types of lenses are also as weather-resistant as the bodies they are attached to. If a camera body is not built to withstand tough weather, such as rain, sand or snow, then the mount between the camera and the lens might not be completely sealed. This can cause water or sand particles to seep into the unit and damage both, camera and lens. Therefore, if you are planning to shoot in tough environments or just want to be prepared for anything then having a weather-resistant lens is a must, but make sure it is paired with a weatherproofed body as well.

You will hear over and over again that a lens should be your biggest investment. While this is true, I would not recommend buying the most expensive lenses as your only type of investment. I agree that getting the best lens one can afford is a good practice. But do not spend more than you can currently afford. After all, a lens is typically responsible for roughly 80% of the image quality. New and improved camera bodies are coming out every year or so, but good lenses can last decades, for some photographers, even lifetimes. However, in today’s exponentially increasing improvements in technology, many lenses can become the weakest link in photographer’s arsenal. With new technologies being introduces almost every year besides the everlasting megapixel race; a previously excellent lens can quickly become the fragment that’s restricting your equipment’s full potential. This is especially evident with the recent flow of introductions of updated versions of popular lenses. Therefore, you should still treat your lens purchases as the biggest investment in photography. Typically a good lens will outlive several camera bodies and keep on performing well for decades. However, do not expect to buy a high end lens and have it stay on top of the charts for a lifetime. And most importantly, try to never over-extend yourself on lens purchases. While usually the most expensive lenses create the best quality, at the end of the day it’s the skill and talent of the photographer that creates exceptional images. Staying out of debt in this hobby/profession is very important for your future prosperity. I recommend getting the best lens you can afford at the moment and invest in improving your skill and knowledge. You can always get better equipment once those things start paying off. 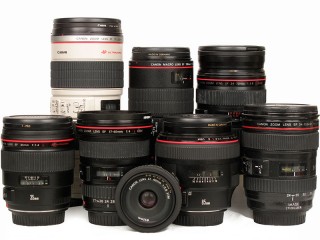