Digital Mirrorless cameras have found a place somewhere in the middle between digital SLRs and Point & Shoot cameras. These two cameras have been ruling the roost when it comes to the digital camera market for years. But there always have been a need of sorts for a camera that combines the lightweight convenience of a Point & Shoot and the versatility of a DSLR. The answer was in the Mirrorless camera.

Mirrorless cameras or Mirrorless Interchangeable Lens cameras (MILC) as they are more elaborately named are cameras that function pretty much the same way that a digital SLR would but they don’t have a flipping mirror mechanism inside. The lack of a flipping mirror means they are not burdened by the associated weight that comes with it. This being the most fundamental difference between a DSLR and a Mirrorless camera there are other features as well, advantages over both DSLRs and Point & Shoots as well as disadvantages. Let’s dissect and find out more about these cameras.

There should be a differentiating line between MILCs and the other types of cameras that are often labelled as such. Technically, any camera without a mirror is a Mirrorless camera. But that broad definition would bring compact cameras as well under the definition, which would be incorrect. Please note, Mirrorless cameras allow you to use different lenses (thus the name Mirrorless Interchangeable Lens cameras) which makes them more like DSLRs than compact system cameras. But the lack of the mirror is what gives them a completely different classification.

Mirrorless cameras have the exact same sensor that sits at the heart of a DSLR camera, meaning, the image quality, noise performance as well as the capabilities to retain detail in an unprocessed image (RAW files) is exactly the same as a DSLR. When Mirrorless cameras first came about the sensor size was not that big. They were, at the best, only APS-C size, meaning, about 24mm x 16mm; though a number of smaller sensor powered Mirrorless cameras existed before that. Most major camera manufacturing companies have come out with their respective Mirrorless systems. Canon’s EF-M system, Nikon’s 1 system and of course Panasonic and Olympus’ micro four-thirds systems which have been doing brisk business.We would also be amiss we we didn’t mention Sony’s Alpha line of Full-Frame Mirrorless cameras here which can often outperform many full-frame DSLRs. Larger sensors also mean better low light performance. An additional advantage which comes from larger sensors is that the depth of field is shallower in these compared to smaller compact systems. This can be used creatively when composing portrait or macro compositions.

Mirrorless cameras have a better signal to noise performance which comes as a second advantage due to the larger sensor size. Any camera, regardless of its sensor size, will have some noise related issues. This is the inherent problem when light energy is converted into digital signals. But larger the sensor size, given the number of pixels remaining the same, the signal to noise performance tend to be better. This is because when the sensor size gets smaller the pixel size also gets smaller and more tightly packed, leading to much of the light not getting collected properly.

Advantages over a DSLR: weight

Mirrorless cameras are extremely lightweight, which gives them a considerable edge over the bigger and bulkier DSLRs. If you are the kind of photographer who prefers a lighter camera that’s not going to make your forearms ache at the end of the day, Mirrorless cameras are what you should opt for. In addition, native lenses have to compensate for the further distance of the sensor located beyond the mirror in DSLRs thus endind up with bulkier bodies, native Mirrorless lenses don’t have this obstacle and thus can also be much smaller and lighter creating an overall lighter kit.

The lack of a mirror flipping inside is a critical advantage, which, if you are a landscape photographer is a major advantage. When the mirror flips out during an exposure, it creates a sharp jerky movement. Though modern professional DSLRs are very refined and professionals rarely use a DSLR without some sort of stabilization, it still effects the quality of the images, especially when you are shooting long exposures and or making landscape scenes that require corner to corner sharpness. Mirrorless cameras are, thus, a better bet for landscape, macro and low-light photography.

Disadvantages compared to a DSLR: Auto-focusing

DSLRs are the established granddaddies of the digital photography world. They have a long and established line of lenses that come down from the days of film photography. As a matter of fact a large numbers of lenses from film SLR cameras are usable on DSLRs too. Comparatively, Mirrorless cameras are like the new kid on the block trying to establish a foothold. Though things have started to look a lot better with camera companies slowly filling the cupboard with lenses for all occasions and all needs, still, choice is limited. This will definitely improve over the next few years as more new cameras hit the market as well as newer lenses are released. This also depends on the demand from customers.

Since there are no mirrors inside Mirrorless cameras don’t come with a built-in optical viewfinder. This could be a serious drawback for those who prefer to compose through one. You can however, purchase an external OPV such as the Sigma VF-11.

But the beauty of a digital viewfinder is that you can actually see all your setting changes live on the screen. With the optical viewfinder you are looking through the glass and cant see any difference in aperture/shutter speed/ISO. You can use depth of field preview button but that doesn’t always work all that great. With the digital viewfinder you can see how each setting change effects your image live on the screen which can be very useful. Plus in darker scenarios a digital viewfinder can even “see” better than your eyes do with ISO boost, however, there might be some preview lag as the camera is processing the live feed. This slight lag can actually make a huge difference in high paced sports shooting since every millisecond counts there. This lag and inferior auto-focus are some of the reasons why you wont see any pro sports shooters using Mirrorless cameras just yet but they are great for everything else.

Digital Mirrorless cameras will change the demographic of the digital camera market. With bigger and better sensors and a growing line of lenses they are already a force to reckon with. Now, with the introduction of cameras like Olympus OMD EM1, Panasonic GH4, Sony’s Alpha 7/7r/7s/7ii even auto-focusing performance is comparable to even the most powerful full-frame DSLRs. If you are an enthusiast photographer and looking to upgrade to a serious full-frame interchangeable lens camera, the Mirrorless camera is definitely an option you should look into. 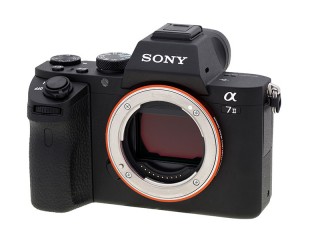