New 430EX III-RT will actually be able to receive both radio and optical transmissions as a slave unit, but only transmit radio signal as a master unit. It’s a big step forward for beginner photographers using Canon gear as they now can get more creative with their flash positioning. Using radio transmission eliminates some of the biggest drawbacks of flash units that only use optical transmission to send trigger signal, which is the limited range before the signal is lost and the need to keep a line-of-sight between the master and slave units in order for connection to work. 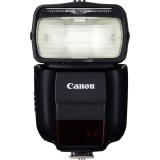 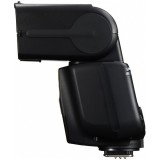 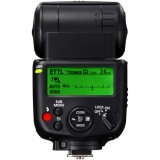 Some of the additional new features include SCF-E2 Color Filter for balancing color when shooting under incandescent lights, multi-camera sync shooting, as well as shortened recycling time (0.1-2.5 seconds). There are a few changes on the back of the unit as well. There is a new illuminated dot-matrix LCD display and more importantly a new control dial that lets you set 10 custom functions and 8 personal functions. The unit itself is slightly smaller and lighter then its predecessor, measuring at 2.8×4.5 x3.9 inches and10.41 ounces.

New Canon Speedlite 430EX III-RT will be available this September 2015 for $300 retail.

This entry was posted by Sergey L. 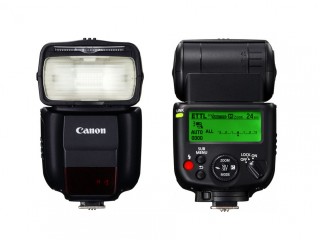