Today Canon announced the next iteration of the 5D line, splitting it into two models, the Canon EOS 5DS and Canon 5DS R cameras. What has probably been one of the worst kept secrets for the past few weeks, Canon is introducing a whopping 50.6 MP full frame (35mm) sensor. With such high megapixel count Canon is hoping to attract landscape, architecture, studio enthusiast and professional photographers who have either switched or consider switching to its direct current competitor – the Nikon D810. Canon 5DS and 5DS R will have a surprisingly low ISO range of 100-6400 (expandable to 50-12800) but this might actually be a good sign, since low ISO sensors usually tend to perform very well with color accuracy and provide low noise level images. However, it is expected that the dynamic range of these cameras will be similar to 5D III. Canon 5DS and 5DS R will also offer 61-point AF system, with 41 cross-type points, which promises to provide exceptional focusing in any situation. Even though neither 5DS or5DS R are sports focused camera, both will be able to burst at 5 frames per second and offer the ability to do in-camera crop of 1.3x, 1.6x and 1:1. At its highest 1.6x crop this camera would output 19.6 MP stills. The only difference between the two cameras will be built in Low-pass cancellation filter in Canon 5DS R and thus its higher price point.

Both cameras will also feature delayed shutter options, anti-flickering system and new Ambience and White Priority, as well as built-in time-lapse features. Canon 5DS and 5DS R cameras are scheduled to be released in June 2015 for $3,699 and $3,899 for the body only, respectively.

Chances are you’ve already seen the specs for the 5DS and 5DS R on some of the more news related sites, so I would like to get a bit more in depth on the subject of what such a high MP bump and other improvement mean and how this influences photography industry in general. 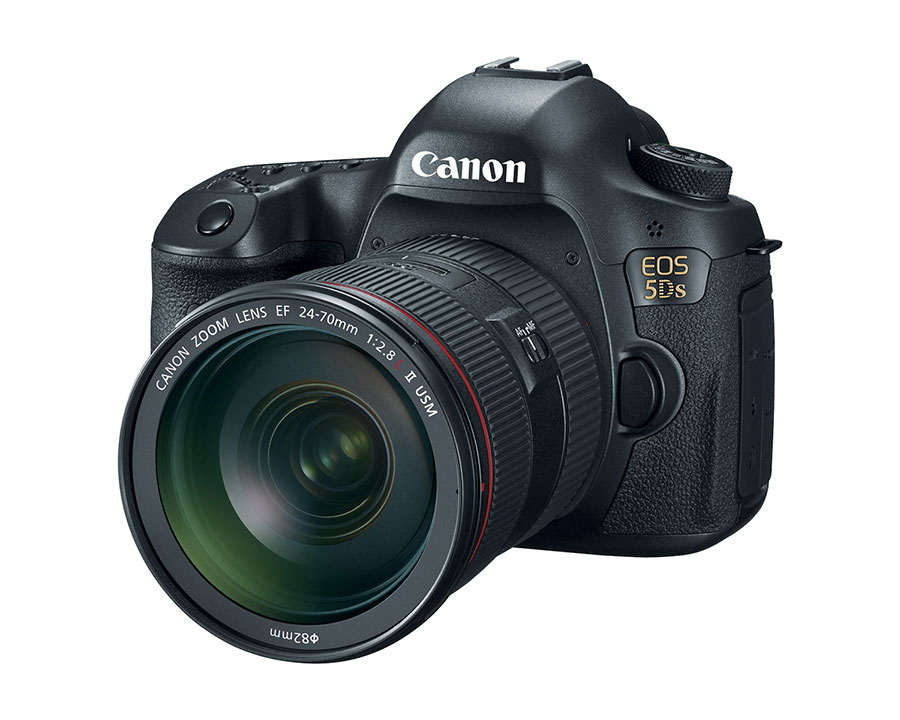 Are you ready for a 50 Megapixel sensor?

During the last upgrade from Canon 5D II, Canon 5D III had an insignificant boost in resolution (from 21 to 22 MP) and Canon has had to deal with a lot push back because of it. Yes, the autofocusing was much better and the overall quality was improved, but it wasn’t enough of a bump to entice 5D II owners like myself to upgrade. Many people who shoot landscape, architecture and in-studio photography switched over to Nikon D800 line, some even went with Sony A7r, all have a 36 MP sensor. It now seems that Canon is overcompensating for its previous reluctance to join the megapixel wars with this 50.6 MP sensor. While it is a welcoming thought and most landscape and architecture photographers who own Canon lenses will rejoice, I would like to point out some of the difficulties associated with such a dense sensor.

The first and most obvious thing to consider is storage. I am currently shooting with Nikon D810 which has 36 MP sensor and my RAW files average around 75 megabytes, that’s roughly 420 files on a 32 GB memory card. Canon 5DS and 5DS R will definitely have much larger files with the 50.6 MP sensor. Depending on how often and how much you shoot, these bulky files can fill up your storage and backup fairly quickly. Of course, as card capacities keep getting larger all while storage is always getting cheaper, this shouldn’t be such a huge problem in the near future. You can also argue that it’s possible to shoot in smaller files such as M-RAW, S-RAW and even JPG, but being a pro photographer and making money from selling my images I would never shoot in any other format than the absolute max.

My other concern is computer processing power while editing. When working with such heavy files you are going to need a powerful machine to catalog and edit all this data. If your computer has less than 16GB of RAM, you might find yourself siting there by the screen and waiting for that “processing” screen to go away.

Speaking of editing, if you are a portrait photographer and are used to retouching your images, get ready to have your editing time doubled. If you edit skin and do it diligently you know it takes a long time to do it right. With such a high quality images, it would take even longer to retouch those portraits. People in professional fashion circles are familiar with this dilemma, since high megapixel medium format is the norm in high-fashion, but if you are just trying to break into this market with Canon 5D III, prepare to allocate a lot more time or pay more for retouching with Canon 5DS and 5DS R.

Finally and perhaps more importantly are the lenses. As most photographers know it’s the lens that is responsible for the quality of a photo. If you are planning to shoot with Canon 5DS or 5DS R, you better have the best quality lenses that have been released in the last 5 years. Those of us even mildly interested in photography know that all glass in lenses is not made equal. Older and cheaper lenses are not made to produce the sharpness a 50.6 MP sensor can provide. Canon has known for a while and in the recent years have been releasing much sharper lenses, knowing that they would eventually need to jump on the megapixel train. Unfortunately even many of the Canon L lenses that cost a small fortune can’t provide a true 50 MP sharpness. So if you are planning on owning Canon 5DS and take full advantage of camera’s features, be prepared to buy only the best lenses available. I expect Canon will be releasing even better quality lenses more frequently now.

Even with all of these points considered, I am very excited to see these new cameras in action. Shooting with D810 has really spoiled me in the sharpness department. And since Canon is hard at work to break Nikons current streak, I expect Canon 5DS R to raise the ceiling even higher. 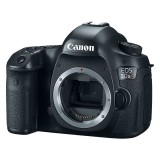 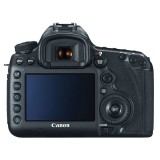 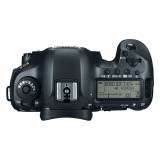 It seems that we can never be satisfied with autofocusing. No matter how good it gets, we will always find a scenario where it’s just not satisfactory. Canon has now implemented 150,000 pixel RGB-TR metering sensor that offers 61-point AF system, with 41 cross-type points and 252-zone metering. This is music to my ears since I love shooting at wide apertures on the move and catching those micro expressions on models’ faces. This is a welcome improvement and hopefully will meet all my needs, although I am sure I’ll still find ways to shoot that would really challenge the new AF system.

What’s up with video?

Canon has implemented a bunch of improvements and helpful features into 5DS & 5DS R, but they clearly don’t want us to use these cameras for video capture. We are already in 2015 and we are essentially getting the same video capabilities as 5D II that was announced in 2008. It’s really interesting how Canon 5D series has gone from the most dominant pro video capture device to basically no video capture at all. No advanced codecs, no high framerate and most importantly no 4K. No, this is not a camera for video. So there will either be another camera announced by Canon focused on video capture or they are giving us clear hints that video should now be only captured with their cinema line cameras.

Canon is a huge corporation and as such they tend to do be more conservative and make slower/wider turns. But once they choose a direction they tend to do pick up a lot of steam, do thorough research and quality development, and produce excellent products steamrolling through the market. Many companies have been hard at work on excellent innovations in the industry and many photographers have jumped ship and embraced these companies over Canon. On one hand I love that there is still a healthy competition in the industry, but as a lifelong Canon shooter I have to say that it was a bit disconcerting to realize that Canon has been really slow on innovation lately. With all the new announcements from Canon today I am very excited for the things to come. It seems that Canon might finally be on the brink of waking up from sleep and giving us something we have been asking for. While 50 MP may not be everyone’s cup of tea, it’s definitely something many people were hoping for. And sitting here with my collection of Cannon lenses, I am glad that Canon is starting to take drastic steps to improve its line up. Thankfully other companies have been hard at work on innovation in this industry and we have other options to turn to in case Canon does not deliver. These are exciting times. 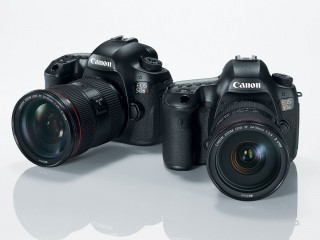