Even with all their stress, noise, and confusion, the modern urban landscapes that many of us live in are not without their sense of aesthetics and serenity. In fact, some of my favorite shots have been captured from the heart of the concrete jungle. For photographers, the city offers a means to assign meaning to the chaos that seems to engulf us, but not all cities are created equal.

In this post, Brandon from The Cam Critic covers his 6 most favorite cities to shoot in.

For New Yorkers, NYC is the center of the universe and the epicenter of modern life. Do other cities even matter? It doesn’t get any bigger, badder, or (at times) uglier than New York City.

For first time visitors a walk down to the Brooklyn Bridge Park to get a fantastic panoramic view of Manhattan Island is a must-do pilgrimage. This also happens to be my favorite place to shoot a panoramic view of the city. With the Brooklyn Bridge in the foreground and the city in the background, with the lights coming on for the evening and a magnificent blue sky beckoning, this makes for a million dollar shot. Make sure that you reach there at least an hour before sunset to choose the best spot and set up your gear.

Growing up, I was enthralled by stories of mighty Roman armies, their enigmatic generals, and the emerging empire’s struggle against the incumbent Greek empire. For me the phrase, “all roads lead to Rome” made perfect sense: How can you ignore a place that had given the modern world so much? It turns out that Rome is one of the best places to shoot urban cityscapes. My favorite place to shoot them? St. Peter’s Basilica, just across the river Tiber from Ponte Umberto. The best time is sunset, but I like to linger a little longer than the crowds so that I can get both the golden hour shot as well as the blue hour shot, when the city lights switch on against the backdrop of a blue sky.

Paris offers a confluence of old world charm with modernity that’s hard not to be charmed by. Every street corner seems to offer indescribable views, whether it’s when walking down Champs Elysees, spending the evening at the Eiffel Tower, or visiting the Louvre. There is simply so much to see in this city. My favorite place to take a breathtaking cityscape of Paris? From the top of the Eiffel Tower of course!

Istanbul is a magical place. For thousands of years it stood smack dab in the center of where East meets West, and it once served as the capital of the eastern Roman Empire. Instanbul’s rich and colorful history has left its mark everywhere, from cuisine to architecture to culture. Istanbul is a place that’s a travel photographer’s dream come true, and there are so many places to shoot cityscapes from. Almost all of the good hotels in the city provide great vantage points to shoot from. My personal favorite spot? At one of the windows of the Maiden’s Tower restaurant overlooking the Blue Mosque, Hagia Sophia, the Istanbul Bay and the infamous Galata Tower.

The city coming in at number 5 on this list will surprise some, as we have left plenty of other exciting cities of this list to make room for Rio. Seattle, Dubai, San Francisco and Toronto all deserve a place on this list, but anybody who has ever visited Rio will attest that there is literally, “no place like Rio”. Rio’s magic comes from a number of factors. First, you’ve got the sun, the surf, and the sand, all looked over by the imposing statue of Christ the Redeemer from atop Mount Corcovado. When you combine all these factors along with that Brazilian need to sit back, relax, and enjoy life, you get the unbeatable concoction that is Rio. 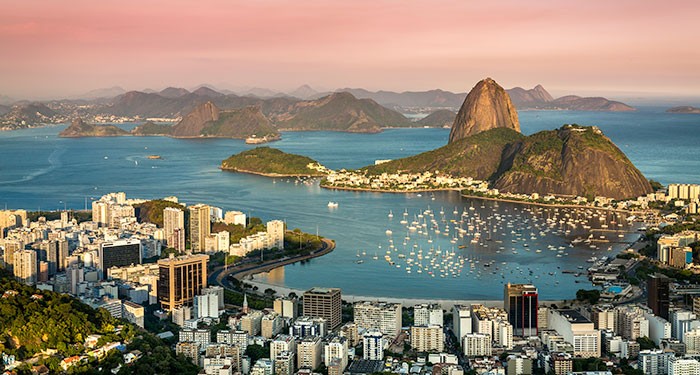 The London of the east and one of the most happening cities in the world, there was no way we were going to leave Hong Kong off this list of the most photogenic cityscape destinations in the world. Certainly not when you consider that Hong Kong’s incredible skyline is composed of over 2300 sky rises all over 100 meters in height, which incredible cityscape shots. There aren’t too many vantage points from which to capture Hong Kong in all its skyscraper-studded glory, but there is one viewpoint that gives glimpses of the city in its entirety: Victoria Peak. However, many an enthusiastic photog has been foiled by the fog that clings to the Peak. I have never seen a boring night time cityscape of Hong Kong, but I am certain that there are many more that would have been had the Peak been just a little less foggy. Visit it, enjoy it, and know that if the fog comes you’ll be guaranteed an unparalleled ambiance, though perhaps not the cityscape you came to shoot. 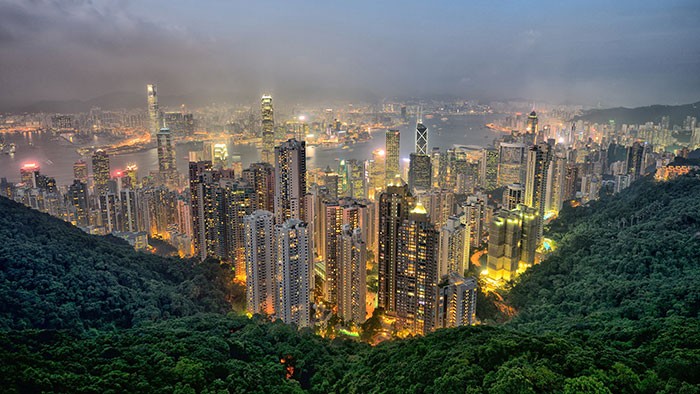 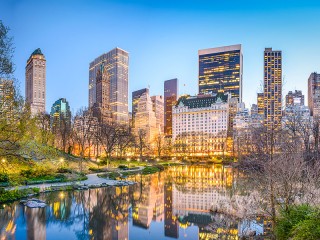